It’s 1995, and all that anyone is talking about is Se7en. This film, like so many before and after it stunned the audience with its twist ending. People still talk about it to this day and after the question recently put to me by Nick about cult classics during our recent podcast, this film popped in to my head. I’ve been itching to do a What IF: and I hope I can do it justice. 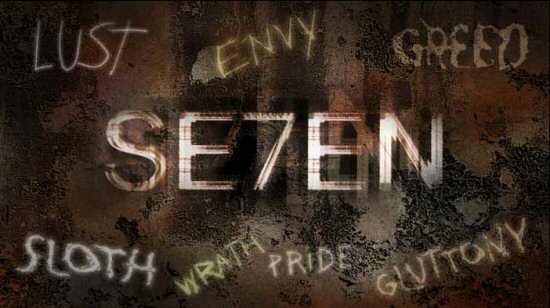 The film follows 2 cops, Detective Somerset played by Morgan Freeman, and Detective David Mills played by Brad Pitt. Mills has been drafted in as Somerset’s replacement and as partners they investigate a gruesome homicide. As the film continues and the bodies pile up, each death more gruesome than the previous one it becomes apparent that they are dealing with the murders of a serial killer.

After the lack luster Alien 3, David Fincher had decided to take things easy, but when the script was dropped through his door, he read through it and found himself drawn in to the intricate web created be writer Andrew Kevin Walker. The film was marketed more as an indie film than a blockbuster, but quickly outgrew this as the word spread. The film did not get the awards it perhaps deserved, but is now seen as a true “cult” classic.

Website 1: www.Joespizzapieshop.com, the “No. 1” Pizza pie shop (Gluttony).
The first website in the Se7en viral, a pizza pie shop, meant to represent the first sin, gluttony, represented by food. The user will be able to look over the menu of a new pizza shop, opening soon, and should they click on the flagship pizza, the “over-indulgence”, they will come across the first in a series of case-notes collated by Morgan Freeman’s character Somerset. They will also learn that this website represents the sin Gluttony. 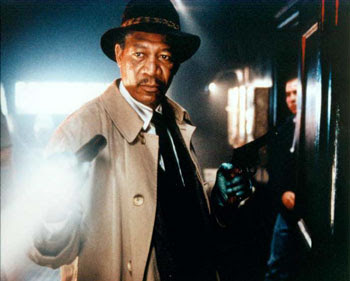 Website 2: www.Onlythatwilldo.com, be “ahead” of the crowd and make your friends jealous (Envy).
A website that vows to make your friends jealous with the must have gadgets of the year. It will allow the viewer to see the “must haves” of the season. The site will feature a toys section and will feature a “my little monster” type of toy, called the “green eyed monster”. Clicking on this item will reveal Somerset’s second file on the serial killings, focusing on the sin Envy.

Website 3: www.haveagoodsleep.com, the “first” stop to forty winks (Sloth).
Have a good sleep will be an online bed shop for all you sleeping needs. It will have several beds available, but selecting the HOLTS bed will reward the user with the definition of Sloth and some more case notes from Somerset.

Website 5: www.Darcymodelsagency.com, the “premier” model agency (Pride).
The premier model agency site in California, Darcy Models Agency will include a full repertoire of models on their books. Clicking on each one of the models will show a short bio, and when the user gets to the model named “Desire” they will see the fifth set of Somerset’s notes all about the sin Pride.

Website 6: www.outragereachout.com, anger management for those that lose their heads too “early” (Wrath).
An anger management class ran in the L.A. area, this will give information on past attendants. The site will have pages of techniques used in the class, and appraisals for those that have attended. When the user clicks on the “contact us” button, they will get access to the bio of David Mills that will include detailed information on his wife and his movements. Once the participant has seen the movie, they will realize that this was in fact John Doe’s notes that he compiled to kidnap Mill’s wife, rather than a bio of the character. Website 7: An investment site representing greed www.Eliinvestements.com, the “primary” number of investment (Greed).
Eli investments, named after the Greed victim will be an investment website that will promise to triple your money. It will lure the participant in, promising a lot of return for little outlay. There will of course be no financial outlay, but there will be a phone number set up, which when called will give the final clue to the end game website for those who have not yet figured it out.

Website 8: www.johndoe.com, the reveal site
a website made up of the first letters of the previous 7 websites. This will be the reveal website and will let the user watch the trailer before anyone else.

Hope you enjoyed this week’s What IF? The film is an amazing cult classic and I’m sure the viral would have been just as good. What do you think? 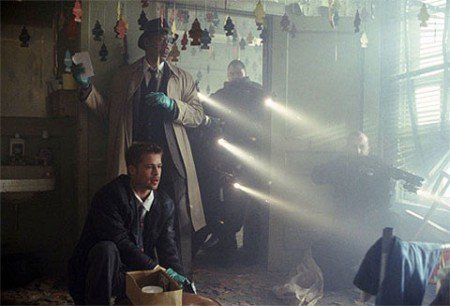