On the first day of viral, my movie gave to me…..

A trailer without a title.

This is the main thing that got this site in business, so I’m going to lead off with it. Of course, I’m talking about Cloverfield. Who can ever forget that exciting trailer that gave you almost no information. It’s one of those things that make you go crazy, because you have nothing to go on to find out what it was that you just saw. You have explosions. You have the head of the Statue of Liberty being launched into the air. And, to make it all more mysterious, you have a date.

So, by default you head to Google, type in 1-18-08, and for the most part, you get forums of people, just like you, wondering what they just saw. Now, you get hooked on the speculation. And it begins.

As far as viral marketing goes, this one nailed it. Nailed it in a way that I’m sure we won’t see anything like this recreated for a long time. Michael Moore tried it with his Capitalism: A love Story, but we all knew it was him, so there was no surprise or confusion involved. Cloverfield had people guessing right up until the movie was released. Actually, as far as our community goes, we were guessing well after the movie. 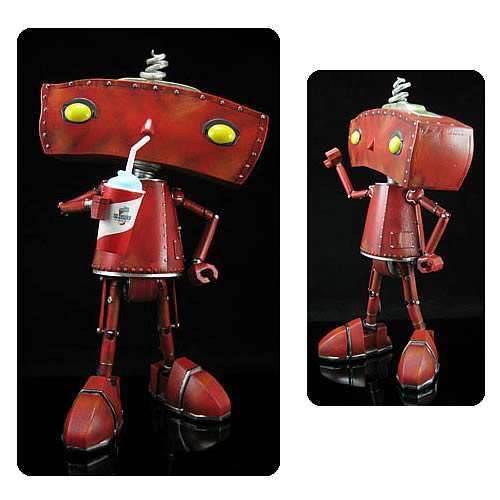 Buy Your Own Slusho-Drinking Bad Robot!

As Expected, Cloverfield Monster Designer Working On Super 8, Talks About Film And More

Buy Your Own Slusho-Drinking Bad Robot!

As Expected, Cloverfield Monster Designer Working On Super 8, Talks About Film And More