Our review of the Sherlock Holmes viral comes from forum member Steve Kidd:

Before I begin my viral review, I must warn those of you who have yet to see the recent Sherlock Holmes movie that this article contains minor spoilers. If you have yet to see the film, I recommend you read Dan’s excellent review of it, see the film, then come back to this article. I saw the movie just recently, and I loved every minute of it. Robert Downey, Jr. was FANTASTIC as Holmes, and Jude Law was equally great as Watson. The film’s viral marketing was, for the most part, just as entertaining.

Back in August, a website with a mysterious URL address that was believed to tie into the film appeared out of nowhere. After entering the requested password “ADLER” (the last name of Rachel McAdams’ character, Irene Adler), visitors were greeted to a quick video message by a mysterious hooded man, and then were prompted to enter their email addresses for further updates to this new game. After that, devoted Holmes fans waited patiently until the game was afoot.

Finally, the day before Halloween, the viral went full steam ahead to reveal a new, Facebook-supported game called “221b”. Those who signed up for the email updates 2 months earlier would receive a telegram-like email alerting them to the start of this event, and then would receive updates for each new chapter as it continued along. The game was restricted to those with Facebook accounts only, as it utilized your account to post your rank at the end of mostly all of the weekly segments. After signing up, you could go at it solo or pair up with an active Facebook buddy and double-team each case. 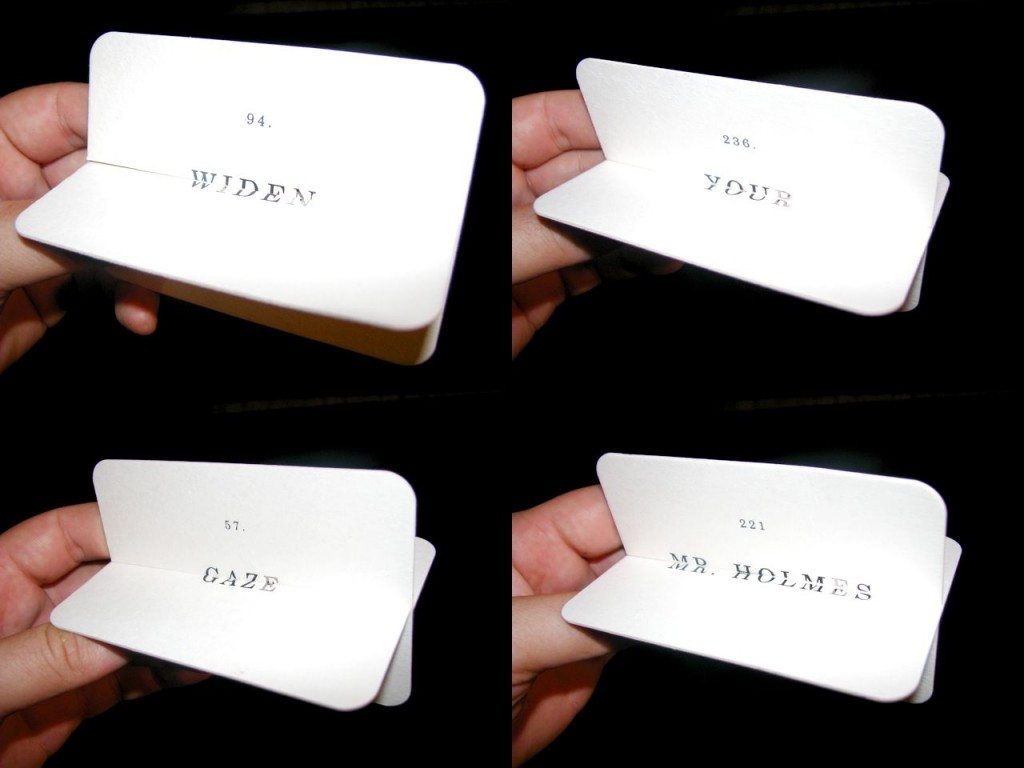 The game, which consisted of a prologue and 8 “chapters”, continued for the next 7 weeks leading up the release of the movie, with new chapters release every Monday afternoon. Each chapter began and ended with video clips of either the people who hired you for each case or your boss, Inspector Lestrade, who, in a nice crossover, is played by the same actor who plays him in the movie! You could choose to play as either Holmes, where you did investigative work and stealth-oriented mini-games, or as Watson, where you mostly interviewed suspects. For every article read, trail followed to the end, successful interview, etc, you received reputation points that boosted your posted rank for that chapter, but did nothing else. You could also choose to swap between both characters to earn extra reputation points without affecting your progress!

The storyline of the game centered around the mysterious murders of 5 missing girls, and it’s up to Holmes and Watson to find out who’s responsible for these crimes. The story helps keep the players engaged and ties in very well with the movie itself by covering the events leading up directly to the opening scene of the movie, in which Holmes and Watson successfully rescue the would-be 6th victim and apprehend Lord Blackwood, the mastermind behind the disappearances and killings.

Which, sadly, bring me to the one major flaw of this viral: how it ends. After the completion of Chapter 8, the ending video requires you to see the movie and then return to the site to enter one last code to finish the game once and for all. After entering the code “Gladstone” (the name of Holmes and Watson’s dog), what do hard working players like me get for our efforts? Well, with the exception of a quick epilogue video mentioning Moriarty, we get NOTHING. No swag, no movie clip, nothing to honestly reward us for our efforts. Oh well, here’s hoping WB gives us something more substantial for the inevitable sequel.

Aside from its disappointing ending, the viral marking for Sherlock Holmes is pretty much the best movie-related viral of 2009. I felt like I was kept occupied for the past few weeks before the movie’s release solving mysteries and actually thinking like a detective. It may not be rewarding like The Dark Knight viral was, but in terms of keeping in with the continuity of the movie and giving fans of the classic detective a great connection it it, I’d say it successfully got the job done!