The guys over at MovieWeb talked to The Crazies stars Radha Mitchell and Timothy Olyphant days after the movie’s opening weekend, and in both cases the actors got asked about the possibility of a sequel. So, could there be a 2 Crazy 2 Furious in the horizon? Find out after the break (warning, spoilers ahead).

The short answer is…no one knows. Based on the responses of the actors, no discussions have taken place. Considering the movie almost made it’s budget in its first weekend out, money won’t be an issue in getting a sequel made. Also, Mitchell and Olyphant seem to be open to making another one. No word yet from Director Breck Eisner, who is currently busy prepping the Flash Gordon remake, on what he thinks about this. Check out both MovieWeb interviews for more on the Flash Gordon project and their suggestion of Mitchell and Olyphant teaming up for that as well. 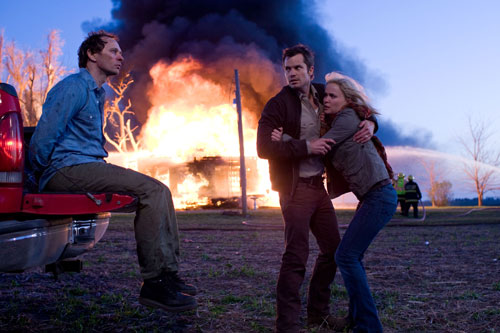 Speaking of Eisner, in an interview with Philly2Philly, he opens up about the alternate ending he shot, as well whether or not it will be on the DVD. Here is what he had to say:

In terms of the ending, there was an additional ending shot…that was designed from the beginning of the movie. It was a very bleak ending that I always loved. Everyone said I was crazy and it would never work with an ending that dark so just cover yourself with alternate ending. I said it cannot end happy; there is no way it can end with everyone walking out in the fields surviving.

In that other ending… they make it to the diner, and they order bottled water. David has a short outburst and Judy tries to alleviate him. Then she recognizes his nose is bleeding and that he has the disease, and we cut out on that look. It definitely will not be incorporated back into the movie for DVD, and I haven’t decided yet whether it will be included as a deleted scene. Sometimes with that ending I am not sure if it feels like the movie we made, so still undecided on that.

Which do you think is better, the alternate ending or the one on screen? Personally, I liked the more open-ended finale to the finished film, especially because Olyphant becoming a Crazy ruins the chances for a sequel, and the current ending almost begs (as do I) for a sequel. 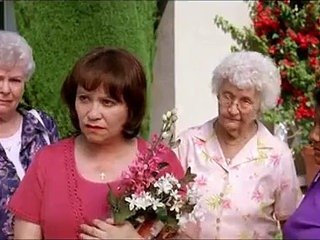 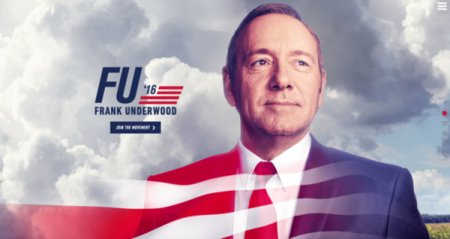