We don’t usually cover video games, but there have been a bunch of viral updates on some big name games, as well Sony’s new Move technology. Find out more after the jump about the Splinter Cell viral campaign, Bad Company 2 taking a shot at Modern Warfare 2, and Sony mocking the Natal and the Wii.

First off, the latest video game in the Splinter Cell series, Conviction, has kicked off a viral campaign with both a Twitter and Facebook page as part of a hunt for main character Sam Fisher, an ex-CIA Special Ops agent (among other things). Fisher is on the run from the Third Echelon, part of the National Security Association (both are fictional entities), and the NSA has created a Facebook Page to recruit people to help them find him. 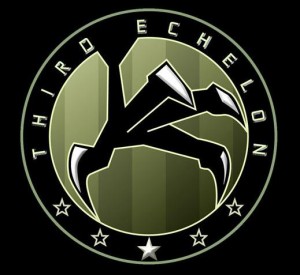 So far no instructions have been given to actually start the hunt, but I would join the 1,200+ fans to keep up to date when they do. Of course, Fisher isn’t taking this lying down, so he’s created a Twitter page of his own, so we’ll have to see how that plays into everything. The Ubisoft game is fifth game in the series, and is set to be released on April 13th here in the States. Find out more about the game here.

In other video game news, Battlefield: Bad Company 2 has taken aim at its main rival Call of Duty: Modern Warfare 2 in viral video that mocks the controversal original video by the Call of Duty makers. The MW2 video had Phillies pitcher Cole Hamel in a PSA taking a stance against “grenade spam”, with the video ultimately declaring the PSA was brought to you by “Fight Against Grenade Spam”. The unfortunate and probably deliberate acronym offended many, and this new video takes direct aim at the whole thing. It may be a bit late (four months after the MW2 video and 3 weeks after the release of BC2), but it’s still funny. See it below.

Last, but not least, we have a funny ad from Sony that takes direct aim the motion controlling of Microsoft’s Natal and Nintendo’s Wii. Sony recently unveiled their “Move” technology that they claim is superior to any out right now. Sony has created a dedicated YouTube page just for their series of commercials featuring the fictional VP Kevin Butler. Check out the video below.

What do you think of the videos? Are you excited for the Splinter Cell viral campaign? Thanks to Ryan and Matt on our Forum for the info.
Bad CompanyConvictionModern WarfareSonySony MoveSplinter CellVideo GameViral video