Pixar has announced a bold and unprecedented move in their promotion for Toy Story 3. Beginning in late April, select theaters nationwide will offer screenings of the film for college students. The catch? You won’t be able to see how it ends. Find out more after the jump.

The catch of course to the Toy Story 3 screenings is that only the first hour or so of the film will be shown. Pixar’s hope is that a “cliffhanger” ending will leave students anxious to buy an actual ticket come June, and encourage others to do the same. Registration information for the event can be found at Pixar’s Facebook page (take a look at a video below).  While it should be noted that not every college or university is part of this promotion, if you are near a big city, chances are you will have a chance for this. In addition, seating is first come first serve, so there is nothing to guarantee you will see the footage besides getting there before everyone else. Still, this is an amazing opportunity for Toy Story fans, which really, is everyone.

Although some may wonder why Pixar is targeting the college demographic with this campaign, I think it makes total sense. Today’s college crowd, of which I am a member, were kids when Toy Story was released in 1995, and grew up with the characters through Toy Story 2’s release in 1999. I definitely believe there is a nostalgia element to Pixar’s decision, and it will pay off big time. The other thing to remember is that there is no demographic susceptible to and purveyors of word of mouth more than college kids. Many will see this film, go back to their respective college campuses, and tell all their friends.  Look for Facebook pages and Twitter profiles to be buzzing as well. Toy Story’s “Cliffhanger Screening” has the potential to do what “Avatar Day” didn’t: actually excite people. Expect this to kick off a two month stretch of hype and hope for June 18th.

Any college students planning on attending these screenings?  Let us know when and where below! 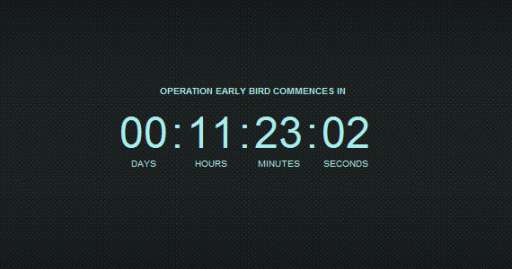