In case you weren’t aware, today is April Fools. The day actually has some horrific beginnings (as seen here), but in the 21st Century, it’s a great way to mess with people on the Internet. Check out some of the bigger and best April Fools pranks on the web this year.

We’ll try to focus mainly on movie/tv news-related pranks, but there are definitely some great pranks in other categories. Obviously, the Google prank is going to be the first many see. The site has been renamed “Topeka” after the Kansas town that renamed itself Google last month. Personally, I find it kind of lame and transparent, but at least they decided to create a complete backstory based in reality. 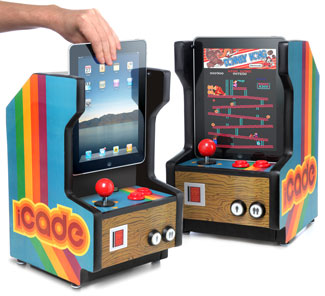 Some of the funnier fake film news stories today include Tim Burton and Johnny Depp teaming up for a Mister Rogers movie and a LOST Dharma Initiative alarm clock and Monolith action figure from 2001: A Space Odyssey for sale. Unfortunately, some stories sounded too real, like the rumor that Hugh Laurie (House) might play J. Jonah Jameson in the Spider-Man reboot. I also wish the iPad Arcade Cabinet was real, as it actually makes a lot of sense.

Some websites really got into the fun, with Film School Rejects turning their entire page retro by making it seem like it was 1980. Funny or Die got taken over by Justin Bieber, becoming Bieber or Die. Check out one of the videos for that below.

Bieber After the Dentist from Justin Bieber

It’s still early, so there’s bound to be much more out there. Let us know what websites and articles you found hilarious, too real, or just plain bad. I’ll leave you with this link.