With the release of Christopher Nolan’s thriller Inception drawing closer, the mysterious film has to find a way to connect to people, so they will bother to see it in theaters. There’s also that viral campaign they seem to be trying to do. This weekend we got more information about the plot, and more interestingly, today we have a new viral website. Check it out after the jump.

First we learned more about the plot of the film and the role of Leonardo DiCaprio’s character. Devin from CHUD was at the Warner Bros. panel at WonderCon, where Nolan spoke about the film. Here’s what Devin has to say about the plot.

Leonardo DiCaprio plays an Extractor – someone who sneaks into the dreams of others and steals ideas from their subconsciousness. It’s the ultimate corporate spying. Leo’s not just any Extractor, though – he’s the best there is, and he’s so good that he teaches other people how to guard their subconsciousness from other Extractors. That seems to be what he’s doing with the very wealthy Ken Watanabe… with ‘seems’ being the operative word. Inception isn’t just a science fiction movie about going into other people’s dreams (there also seems to be an element of constructing dreams), it’s also a heist film. From what little I could gather from the trailer, it looks like Watanabe might be a classic mark, setting himself to have his ideas stolen by Leo and his gang. And over the course of the movie it looks like Leo puts together a whole team; the extended trailer showed him hiring Ellen Page, apparently still a student, and saying that he needed a forger.

This definitely has an Eternal Sunshine of the Spotless Mind/The Matrix feel to it. Now for the viral. At that same WB panel, goodie bags were given that included a t-shirt that Slashfilm found a bit perplexing, and for good reason. The front of the shirt has a briefcase with some kind of machinery inside, as well as the phrase “Dream Machine”. The back has a QR code (sort of like a barcode). 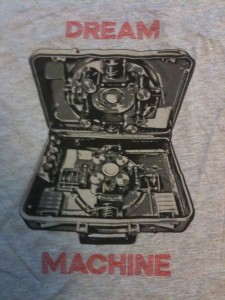 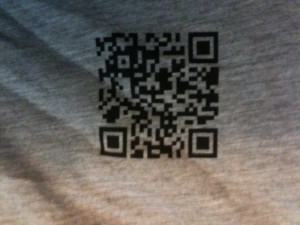 Of course, if it’s code, that means it means something. The code leads to PASIVDevice.org, which contains Portable Automated Somnacin IntraVenous (PASIV) Device Instruction Manual MV235A, a nine page manual for the device that DiCaprio’s company invented for entering people’s dreams. From what I can tell, the first eight pages are pretty innocuous, just covering how to use the device without giving much away about how it really works. However, on the ninth page, you actually complete the steps, and the page links you to Mind-Crime.com, where the fun really begins.

The website was revealed in December, where it had a game you played to discover the first poster for the film. That was just Stage 1 of what looks to be four stages. With this new update to the viral, Stage 2 is now open. Try out the game, and let us know what you find. Maybe it leads to another image/poster, or maybe even a clip/trailer!
Christopher NolanDream MachineInceptionMind Crime 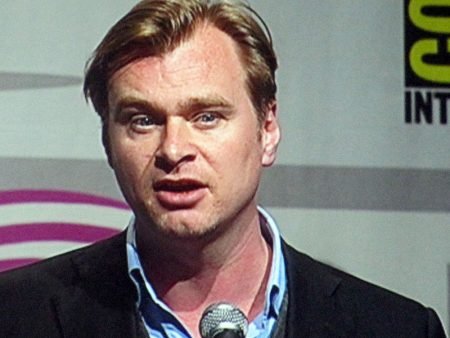