There has been an explosion of viral sites for Disney’s Tron Legacy lately, and thanks to Firstshowing, we are able to connect them together to make sense of it all. Try to follow the full story after the break.

Flynn Lives has a few new forum threads in which the members are trying to find Sam Flynn, son of Kevin Flynn, the former Encom International CEO who went missing over 20 years ago (presumably into the world of Tron). Sam has been a troublemaker most of his life with his father gone, and recently crashed the Encom Press Conference announcing the Space Paranoids Online game. Sam, like the rest of the gang at Flynn Lives, is upset that Encom has pretty much forgotten about his father and assuming (like many) that he is dead. 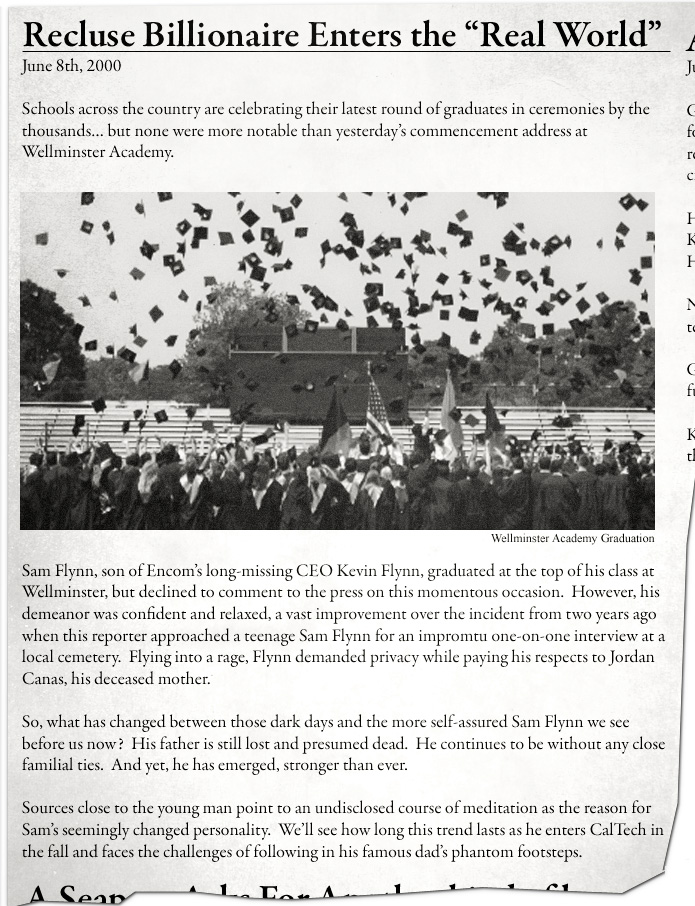 One of the threads includes a newspaper article from 2000 (shown above) showing Sam graduating top of his class in Wellminster Academy and was heading to Cal Tech. Wellminster is a fake school, so the mention of it must be important, so of course it has its own website. Although simpler than a real school webpage, it does have some good innocuous details about the academy. The Student Search link is where the fun comes into play. Search for Sam Flynn and you get two school records. One shows how Sam was a problem child in 1997, while the other states that by the time he graduated, his involvement in Amazon Capoeira (a musical martial arts technique featured in Only The Strong) has greatly improved his demeanor. 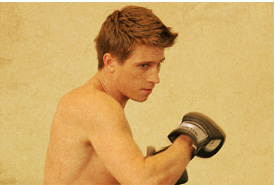 This knowledge leads us to a Brazilian Amazon Capoeira website. Though the site is in Portuguese, we know from the Quem Somos page, where you can see Sam’s photo (above), that he might be in Rio Fiamente, Brazil. Fortunately, another Flynn Lives forum thread links us to the group’s official Sam Tracker, where entering “Rio Fiamente” brings up a message from forum member ZackAttack.

You were right on the money – Sam was in Rio Fiamente, Brazil. I’ve made contact with a Flynn Lives member near there and he just scoped out the Capoeira school for us – looks like we just missed Sam, but check out what he found: Unlock Sam Flynn

So, on to the next website! Unlock Sam Flynn gives us a quick video intro where we go through the Capoeira school’s locker room to Sam’s Locker. It turns into a Flash image of the combination lock. What’s the combination? This is where our access to the Encom Intranet comes in handy. In the emails on the site, we got several viral websites that alone seem to just be filler. There’s the McClaskey Airstrip website, which services Encom. On their partner page, there’s a link to San Francisco based Perfect Parachutes, which supplied Sam with the parachute he used to interrupt the Encom event, as shown by the photo on the site of a parachute with Sam’s cause symbol. 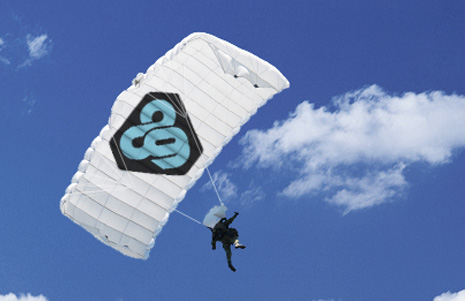 If you call Perfect Parachutes at the number they give, one of the voice mails mentions their negotiations with potential new distributor Dumont Shipping, which of course has its own website as well. And wouldn’t you know it, they are a subsidiary of Encom International. Small world. When you plug in one of the Encom employee logins to the shipping tracker, you’ll see that they made a shipment to Brazil the day after the Encom Press Conference. Coincidence? I think not. From there, it’s not hard to deduce that the client confirmation number of 273824 (27-38-24) is the combo for the lock.

Inside the locker are some innocuous personal effects like photos of Sam training, a camcorder, where you can watch a video he left for his friends at Flynn Lives, and an MP3 player with Daft Punks songs (nice reference to the group behind the film’s soundtrack). The most interesting item in the locker, however, is the Digital Gaming book written by Kevin Flynn. It opens up to Chapter 7: The Future of World Building and Design, and it alludes to the computer world Kevin was stuck in back in 1982. There’s also a photo of a young Sam at a Tron arcade machine stuck in it, and underlined letters that spell out the next link, which is a countdown to the debut of Space Paranoids Online, which looks to be the end of next week. You can even click on the interceptors floating by to destroy them and get points, as 99 kills gets you an achievement on your Flynn Lives account. 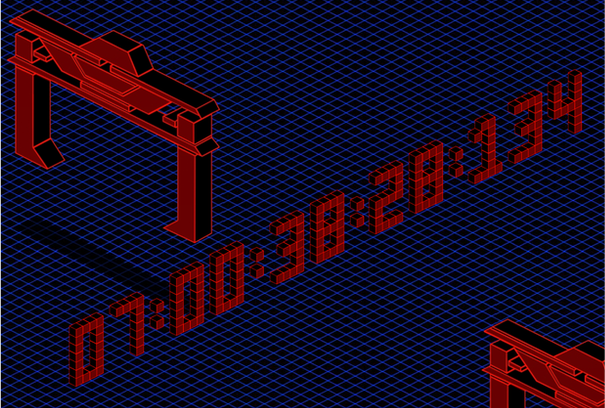 I hope you were able to follow all of that, because there is a lot of information. Fortunately, it flows pretty well, and it really tells a story. There are still many questions remaining, like why Sam is in Brazil, and what is in store for us when the countdown ends. Hopefully we actually get the game, because I’d like to play it. Overall, this viral is intense, deep, and more impressive than I’ve ever seen for a film that is still over 7 months away. The only problem I see is that this might be hard to keep up for that long. Maybe there will be a lull in activity, or 42 Entertainment (the company behind the viral, made famous by their work on The Dark Knight) will find a way to spread out the updates.

Special thanks to FirstShowing and Unfiction for figuring this all out.
42 EntertainmentBrazilCapoeiraEncomFlynn LivesTron Legacy