How Iron Man Should Have Ended And Thor Begins

Just in time for the Iron Man 2 American premiere, the “How It Should Have Ended” series has shown us a proper ending to the first Iron Man movie. Not only that, but the leaked after-credits scene for Iron Man 2 paves the way for another much anticipated Marvel movie. Get ready to laugh and be stricken with epic after the jump.

The HISHE alternate ending to Iron Man does the usual: it has uses a comedic view to point out logical flaws in a great movie. That, and reject Spider-Man to anything remotely comparable to other heroes.

Now, about the after-credits scene. I can’t tell you much about what happens, because I just don’t want to spoil the surprise, but it still does link to The Avengers movie, which includes Iron Man, The Incredible Hulk, Captain America and Thor. Read what happens in the scene below.

An establishing shot of a black car with the license plate 8RE*2Z1 New Mexico USA driving across a desert. It pulls over and a typical agent in a black suit steps out to view a digging site. It’s a large medical object, possibly a tomb or statue, that is smoking and has cars/personnel moving around it. The typical agent in a black suit turns away and calls a number and says “We found him.” The camera zooms out and shows Thor’s Hammer pounded to the ground.

There are no new visual images of Captain America, but Latino Review has gotten the first image of Destroyer and Thor. These are the first official images to come from Thor and they’re both bulky, metallic, and brooding. So far it’s well done and pretty accurate to it’s classic source, though I can’t help but wonder if the padding is used to make the actor look stronger. Destroyer looks accurate, yet I have never seen a version of Destroyer wearing crocs on a skateboard. Still, for the most part, it looks badass. The armor of Odin looks godly and seeing it in action would no doubt be dazzling, don’t you? 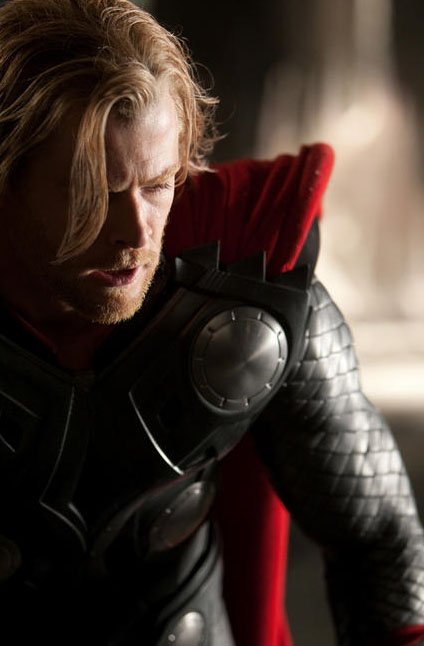 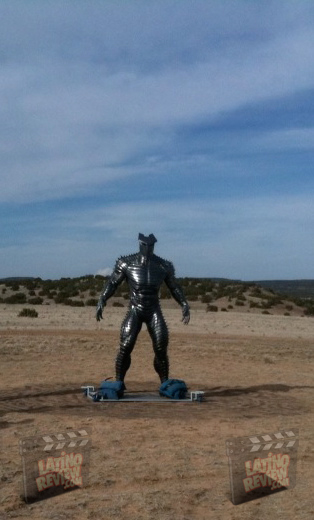