Everyone is excited for the series finale of ABC’s LOST, which is now just over a week away (the finale is airing on Sunday May 23rd to accommodate its extension to 2 1/2 hours). With that, we a great fan-made series finale trailer recommended by LOST showrunner Damon Lindelof himself, some new shirts and posters from Paul Scheer’s LOST website, and of course more captioned pictures thanks to our partners over at FusedFilm. Check it all out after the break.

YouTube user The Black Box has a LOST theme channel, and he seems to exclusively make fan trailers, the majority of which are for LOST. His latest one, for the extended finale, caught the eye of Lindelof, who tweeted about it today.

Lindelof also tweeted about an update to DamonCarltonAndAPolarBear.com, the site started by comedian Paul Scheer as a platform for LOST artwork. There are now new t-shirts, artwork, and posters on the website for sale, including the advertisements for ‘Lost’ Live: The Final Celebration, an event held Thursday that featured many of the cast and crew. The event included a orchestra playing music from LOST, conducted by the show’s composer Michael Giacchino. There was also a screening for this week’s episode “What They Died For”. Color me jealous. See a few of the items below. 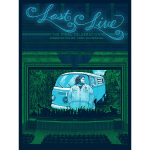 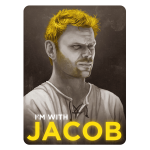 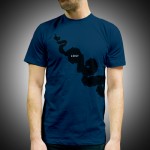 Our friends at FusedFilm have searched the depths of 4Chan yet again to bring us another set of LOST LOL Captions. Here’s my two favorites, but check out their site for lots more, including a few Old Spice parodies.