LOST 6×16 “What They Died For” Recap and Review


The episode starts with Alt Jack waking up and seeing blood on his neck. When he goes to the mirror, David, his son, tells him that he’s made him breakfast and asks him to join him. At the table David asks Jack if he’s going to go to the concert later on tonight, and says that his mother (still unknown) will also be there. Claire (who’s staying with Jack)comes in and joins them. Jack gets a phone call from Desmond Hume pretending to be an Oceanic 815 employee, telling him that they’ve found his fathers coffin and that it should be in LA that day. Alt Desmond is seen watching Locke returning to the school and is confronted by Ben. Desmond punches Ben and tells him that he’s not try to kill Locke, but that he’s trying to help him “let go”, and then beats up Ben to give Ben his flash of the original timeline when Desmond beat Ben up on the docks. Alt Ben and Locke discuss what had happened to Ben, and Ben tells Locke that Desmond said. Alt Desmond then goes to the LAPD and turns himself to Sawyer for running over Locke and beating up Ben up, which happens to be the same place that Kate and Sayid are located. Alex asks Ben to come to dinner with her and her widowed mother, Danielle Russo, and accepts her offer. Russo tells Ben that he’s been like a father to her, which really touches him.

Alt Jack is sitting in his office when he is met by Locke. The two discuss the surgery and how Locke originally decided to decline his offer, but after remembering what Jack said to Locke in The Candidate about “letting go”, he realizes that is was fate, his purpose and that he has decided to get fixed, to Jack’s delight. Back at the holding cells, Sawyer informs Kate, Desmond, and Sayid that they’re all being transferred to County. In the van, Desmond breaks the silence and says that he can help them escape if they follow his orders, Sayid and Kate laugh it off and agree thinking that he’s just crazy. Suddenly the van stops and Ana Lucia, who was driving the van, lets them out, telling them that she wants her money, or she’d had to shoot them all for trying to escape. Hugo shows up with her money and says hi to Ana Lucia as if they knew each other, forgetting Ana Lucia had no idea about the main time line. Desmond tells Sayid to go with Hugo; Kate is to go with him, and that they have a “concert to attend to”. 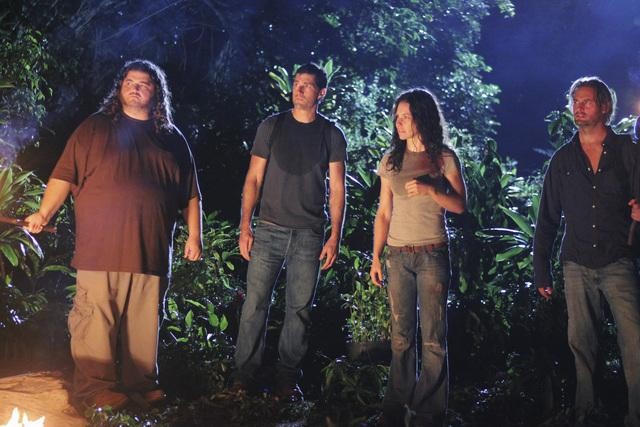 In the main island time, we first see Jack and Kate on the beach, and Jack is tending to Kate’s gunshot. After discussing Jin and Sun, they agree to kill MiB. Jack then tells everyone to head to the well where Sayid was meant to kill Desmond and they start their journey. Next we see Ben, Richard, and Miles all walking to the old Dharma barracks, looking for C4 to blow the plane up. When Miles gets his “dead sense” tingling, Richard tells Ben that it’s his dead daughter and that he buried her when The Others cleared out. In the barracks they get the C4 and encounter Widmore and Zoe. Zoe then leaves and while gone, sees MiB heading to the barracks. Next we see Jack, Sawyer, Kate, and Hugo. Sawyer feels guilty about Sun, Sayid, and Jin, but Jack assures him that it was all MiB’s doing. Hugo then sees young-Jacob and chases him into the jungle after young-Jacob takes Jacob’s ashes that Hugo had been carrying. Hugo meets “current” Jacob at a fire, who tells him that when the fire is gone, so he will be, and says “we’re very close to the end, Hugo”. Before MiB arrived to the barracks, Widmore, Zoe, Ben, Richard, and, Miles all split up, with Widmore and Zoe hiding in Ben’s secret room. MiB arrives as the Black Smoke and attacks Richard, then comes to Ben in his Locke form.  Ben sells out Widmore and Zoe, and MiB kills Zoe, then asks Widmore about Desmond. Widmore replies that Hume was a “fail safe” and was then shot by Ben, who joins MiB in his quest to kill the rest of the candidates.

Jack, Kate, Hugo, and Sawyer all meet with Jacob, who they all can now see, by a fire. Jacob talks to them about MiB, how he accidentally made him the smoke monster (as seen in Across The Sea), and that if MiB succeeds, then everyone they care about will die. He goes on to tell them that they were all chosen because they were unhappy and alone, and that they needed this island as much as it needed them. He also confirms that Kate was a candidate, but was eliminated from the running when she became a mother(taking care of Claire’s son Aaron), then lets them choose who wants to become the next protector. Before they can even talk about it, Jack accepts the role as protector and Jacob gives him the drink to make it happen. MiB and Ben go to the well and see that Sayid let Desmond go, MiB then says that they gave him a perfect opportunity to destroy the island.

Overall, “What They Died For” was a really well done episode, and didn’t leave any room for complaints for me at least. It’s really sad to see the route Ben took with MiB, and makes me wonder if this was all apart of his plan to get back at Widmore. I really liked the alt story line and I’m glad to see them set up for the finale too. I was actually completely shocked at how relevant Kate ended up being in the end. I really came to liking Alt Desmond in this episode too, I love seeing his elaborate plans to get everyone together. MiB also finally gave me that “ruthless” killer vibe that they’ve been pushing all season to see when he flat out slit Zoe’s throat for being pointless, I hope he didn’t kill Richard either, and if that was Richard’s send off, then I’m highly disappointed by it. Where is Miles at? I hope he didn’t just run off into the jungle and was written off as that. I want to see more of him in the finale. Now, I actually really liked Jack becoming the new protector of the island, as predictable as it came out to be since ever since Lighthouse aired. This was a wonderful set up for the series finale and got me really excited for it air.

Remember that series finale airs SUNDAY, May 23rd at 9pm. We’ll have our regular (though probably jumbo sized) recap and review that night, then we should have our LOST podcast send-off on Monday to try to wrap our heads around all six seasons of this unique series.