The Buzz is a feature in which we round up the biggest and most popular film and television stories of the week. Why go through pages of blogs just to find out what everyone is talking about? We’ve got it all right here. This week, Megan Fox is out of Transformers 3, the television networks had their upfronts, the Cannes Film Festival is going strong, the Hurt Locker lawsuit is ruffling feathers, The Avengers sees more rumors, and Google TV debuts. 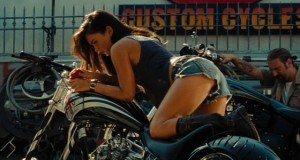 Transformers 3 Will Be Without Megan Fox

It was first reported on Wednesday (5/19) that Megan Fox would not be in the third installment of the very lucrative Transformers franchise. The original speculation was that her contract option was not picked up thanks to her public war of words with Michael Bay, but she claims it was her decision not to come back, though Bay was still the reason. Either way, replacement rumors, speculation, and suggestions are well underway, and Mila Kunis is my favorite of the names being through out.

Upfront Presentations for the Networks

All the major networks had their upfronts this week, in which they presented their schedule to advertisers (and thus the world) for next season, including new shows they’ve picked up. CBS has added the cop drama Blue Bloods starring Tom Selleck, courtroom dramedy The Defenders with Jim Belushi and Jerry O’Connell, a Hawaii Five-O remake, comedy Mike and Molly, and $#*! My Dad Says, the comedy based on a Twitter account that stars William Shatner.

ABC has a large new line up of ten shows. The ones that stand out to me are No Ordinary Family, about a family that gains superpowers, The Whole Truth, a courtroom drama that features both sides of the case evenly, and Off The Map, a medical drama set in a small town in the South American jungle. NBC has a whopping 17 new series, which may not be surprising given their ratings slump in recent years. The more interesting ones include The Cape, an action drama about a fugitive who becomes a superhero, Law & Order: Los Angeles, which has no cast yet, and J.J. Abrams’ spy drama Undercovers.

The Cannes Film Festival in France is one of the premiere film festivals in world. There’s no real wild and crazy stories have come out of Cannes(outside the usual Lindsay Lohan debacle), and apparently there’s a dearth of great movies too. However, The Silent House, a film supposedly shot all in one take, sounds intriguing. Check out FirstShowing’s coverage for reviews and more. 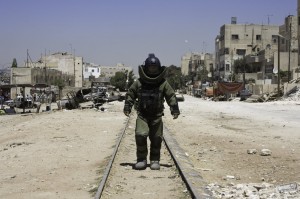 The producers of The Hurt Locker have been going after pirates aggressively recently, and there has been some backlash from those who prefer to illegally download movies. Internet personality Philip Defranco even weighed in on the issue.

With Iron Man 2 hype dying down, we’re all turning to the rest of the Marvel movies to keep our comic buzz going. Fortunately, as Slashfilm demonstrates, there is plenty of wood for the fire. There are rumors that alum Nathan Fillion (currently starring in Castle) will be Ant Man and Kevin Pennington will be Hawkeye in Joss Whedon’s The Avengers. Also, word has it that the Skrulls will be the villians in the film, and Samuel L. Jackson says that there will be a S.H.I.E.L.D. film after The Avengers.

At their I/O Conference yesterday, Google announced “Google TV”, which is meant to revolutionize the way we watch television. Teaming up with Intel, Sony and Logitech, Google is looking to have a single interface for all your entertainment and web viewing needs. Check out the video they made that sells it pretty nicely without going into too much detail.

That’s it for this week’s The Buzz. There is a lot of film and television news every week, so if you think something was big enough for us to include above, let us know in the comments below.
ABCCannesCBSCWFoxGoogleGoogle TVJ.J. AbramsJoss WhedonMegan FoxNBCThe AvengersThe BuzzThe CapeThe Hurt LockerTransformers 3Undercovers 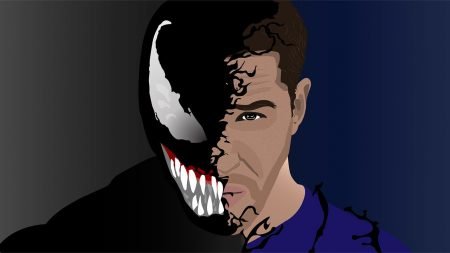