I’ll be the first person to say that the Marmaduke movie looks terrible. The comedy, based on a popular newspaper comic, is basically about a dog who gets into trouble. It worked great for the comic strip, but based on the trailer, it hasn’t translated to film, most likely due to the fact that this is a talking animal movie, when the great dane never talked in the comic. Anyway, the official website has some games you can play online.

The site for the 20th Century Fox movie has several interactive features, which include four different games, and a Jib-Jab style activity that lets you put your dog in the movie by uploading a photo of him or her. The four games are “Jump and Fetch”, “Toilet B-Ball”, “Surfin’ With Marmaduke”, and “Destruction Derby”. The games are mildly fun, though I imagine they are more tailored to the younger audience who may enjoy them more. Check it out for yourself and let me know what you think. 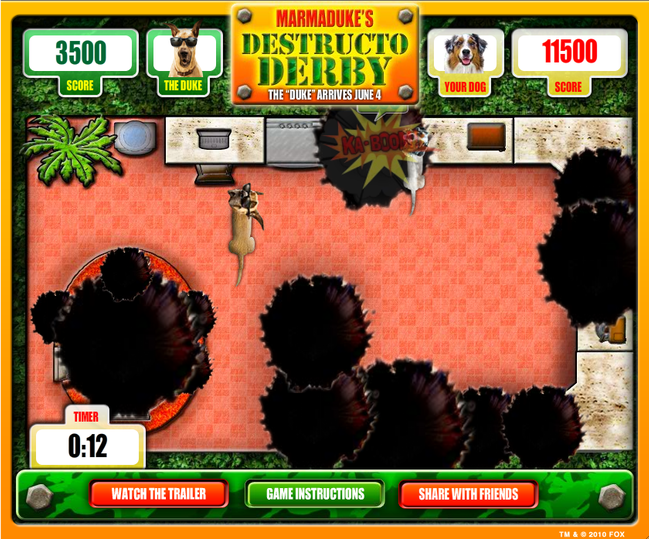