One thing you have heard us talk about, over and over again, is word of mouth viral. You have the kinds of The Boondock Saints where the fan reigns supreme, and you have kinds like Paranormal Activity where you just HAVE to know what the hell is going on. Now, you can throw one more into the mix. You can be a huge part of the movie. Now I’m not talking a walk on part, or a film extra, but a producer! Take a look after the jump to find out how you can be an important part of a independent film making.

That’s correct! Most indie films reach out to you to get your support, and a few dollars, and while there is absolutely nothing wrong with that, there’s no payback but a thank you and a good feeling. To some, that’s plenty. But now, you are part of an auction, and it’s not just any auction. With this film, you are allowed, as the winning bidder, the chance of a lifetime. You will receive Producer credits on the film known as 5 SHELLS. 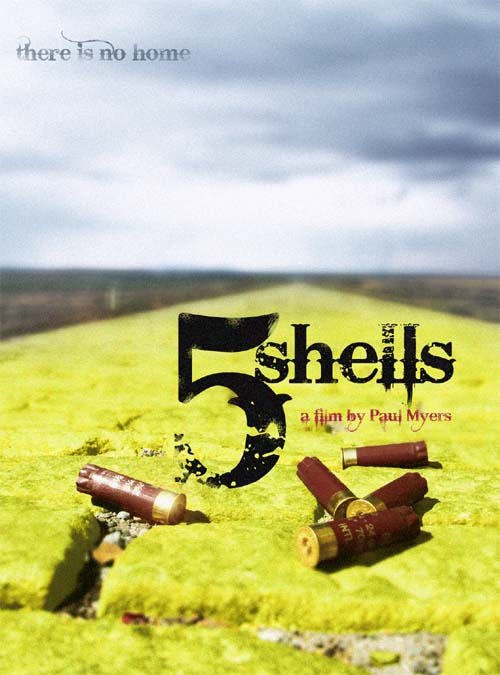 KickStarter, which houses many a Indie film projects, is know for their word of mouth funding, which we mentioned to you a while back. This same site houses the film of 5 SHELLS, and allows you to make the same donations, however this film has gone into auction mode, using both Craigslist (NY and LA), and Ebay, to take in the benefit, and give it back in return.

Here are the basics of the film:

Set after a global financial melt down, a more extreme version of the one in 2008, where
a young girl must protect her older sister as they wander across a desert wasteland in
search of a new home with only a shotgun and five shells for protection. Unfortunately
they aren’t the only ones adrift on this Yellow Brick Road. Using L. Frank Baum’s
amazing 1900 children’s classic, “The Wonderful Wizard of Oz” as a guide, 5 SHELLS tells
a story about the brutality innate in humans that the fetters of society keeps in check,
and what happens when they are stripped away.

So, here’s either your chance to impress your friends, or be involved in a film that you truly enjoy. Once more info is released on this film, including a trailer (still in production – hence the need for funds), we’ll bring it to your attention. You can find other ways to be in touch with 5 Shells at the following: Facebook, KickStarter, Paul Myers

How would you feel if “Producer” was added to your list of duties? Is this the new era of getting funded for film, or something that will be overlooked on the next movie?