The folks behind Scott Pilgrim Vs. The World are holding the new trailer for the summer movie hostage until the official Facebook Page gains 100,000 Fans (or “Likes” as Facebook calls it now). So, if you’re a fan of the comic book or are just interested in the new film by Edgar Wright, now is the time to do your part. The page currently has 95,816 “Likes” (I really hate the new term), so every vote counts.

The Universal Studios film stars Michael Cera, Mary Elizabeth Winstead, and Anna Kendrick, directed by Edgar Wright, and written by Edgar Wright and Michael Bacall. Scott Pilgrim (Cera) is a bassist in a band who meets the girl of his dreams (Windstead). Unfortunately, he has to defeat her seven evil ex-boyfriends (including future Captain America Chris Evans) to win her heart. Wright has been promoting the Facebook page through his Twitter.

Update: The trailer is now live! See it below. 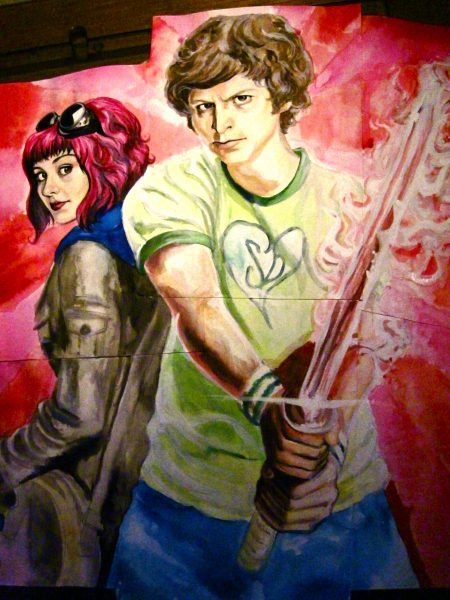