This one goes out to all my Trekkies. Have you ever wanted to live in Federation starship? One man did, so he renovated his entire apartment to look like the the starship from the series Star Trek: Voyager. Get the details and see the photos below.

Although the original story from Electronic House is a little old, this was featured on the great site One Cool Thing A Day earlier this week. Tony Alleyne started work on his UK studio apartment after his wife left him. The interior of the starship Voyager was his inspiration because of it’s luxurious design.

“I decided that I would apply a harder luxury interior,” he says. “I have always considered that of all the Starfleet ships, Voyager is, in terms of interior, the luxury liner of the galaxy.” Alleyne then added shades of grey and incorporated aluminum inlays as featured in and around the Voyager ship. “I also added some pretty cool LCARS [Library Computer Access and Retrieval System] and some new lighting effects.”

In fact, Alleyne put a lot of functional touches to design, including things like voice-activated lighting and mock transporter with “working” controls. While his creation did drive him to bankruptcy, it also motivated him to start his own design company, 24th Century Interior Design. Alleyne, who bares a striking resemblance to a certain bald captain, was looking to sell the 500 square foot studio in 2007 for around $200,000, but I have not seen any updates on that. Check out some of the before and after pics below, and get more at Electronic House.

Kitchen Before And After 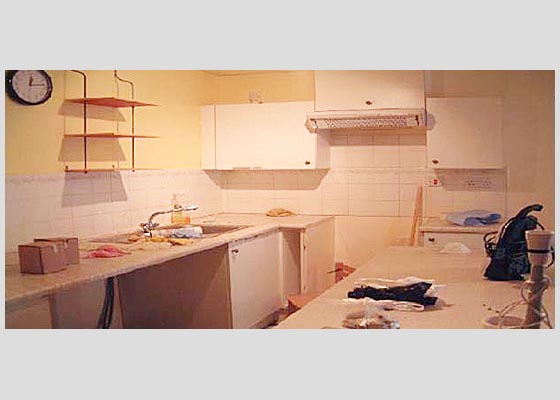 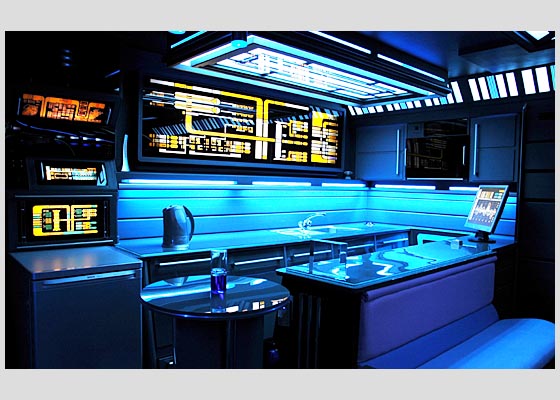 Living Room Before And After 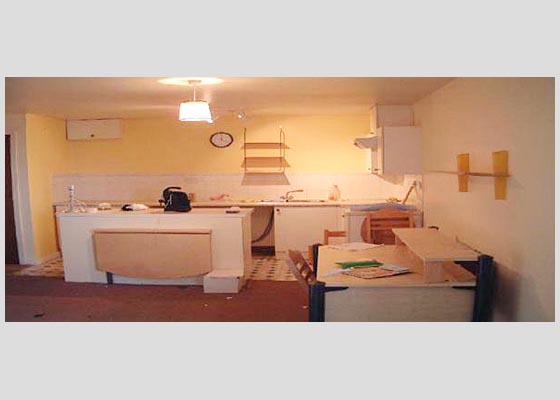 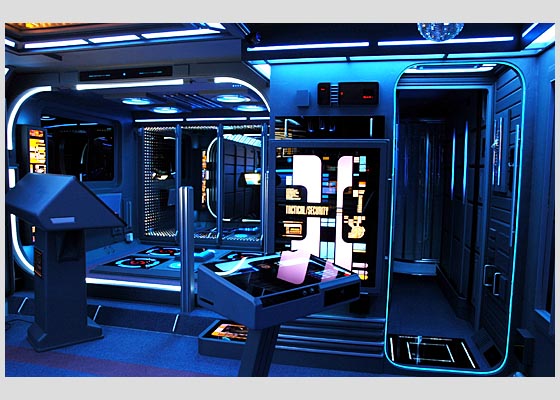