The A-Team: I Love It When A Film Comes Together

There has been a barrage of films lately that some will call unoriginal, unnecessary, and quite frankly, lazy. These are the films that have either been taken directly from those before them, or tweaked enough to release as their own. 9 out of 10 times, these films are ripped into pieces, on a regular basis. It happens. It’s history in the making, not history as a remaking. So what about a film that had its ups and downs all from the start of it’s inception, to it’s rumors, to it’s big screen completion? What will happen to a film based on the hugely popular 80’s show known as The A-Team? Find out after the jump.

Part of me says, if you are reading this review, then dammit, you better know who the hell The A-Team is. The other part of me feels as if I should give you a touch of history prior to the current. Simply put, this is The A-Team:

In 1972 a crack commando unit was sent to prison by a military court for a crime they didn’t commit. These men promptly escaped from a maximum security stockade to the Los Angeles underground. Today, still wanted by the government, they survive as soldiers of fortune. If you have a problem, if no one else can help, and if you can find them, maybe you can hire the A-Team.

Before you read anymore, and before you see the film, I ask that you watch at least one episode of the original.

Without getting too far, I am going to make this one of the shortest and too the point(est) reviews, because there is no need for you to read this. There is only need to watch this film.

Majority of the time, a classic such as The A-Team comes along and makes everyone a fan. Why? Because it’s new. It has never been done before, and chances are, it never will again. You watch the original show and you get yourself use to what you are seeing. The actions of the characters you are watching are stuck with you, and they are stuck with you for a reason. Whether it is something you are familiar with yourself, or something that you have never seen before. This is what was given to you on TV in the form of The A-Team.

Straight to the point, The A-Team may go down as one of the first films to get it right. When we were introduced to the set images, you had this feeling that something good was about to happen. I personally looked at it as good based on the visual aspects of said images. It was what we saw on TV. It was nothing high-tech. It was nothing new and re-imagined. It was what you were given before, and nothing else. People ridiculed GI Joe based on the fact that you could not recreate the visual styles that you were accustomed to. So can the same be said for The A-Team?

No. 100%, without a doubt, you can look at a still from the film and recognize what you were working with. It was Hannibal Smith and his team, through and through. 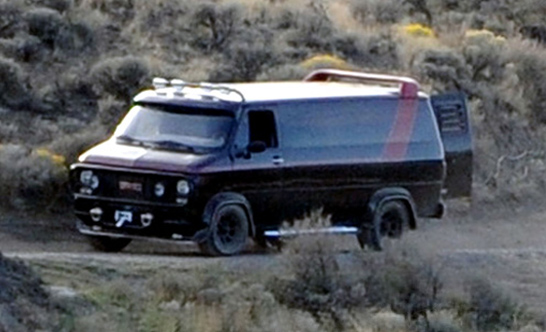 Hollywood is unoriginal. This is far too easily known, and unfortunately, it can harm a film. But what happens when a film is dead on, and gets every aspect of what it’s trying to do, exactly where it should be. There are few and far between films of such caliber. The A-Team has nailed it. For the first time, in a long time, a film has done what its true fans wished it to do. It has remained true to the reason it exists.

The A-Team film’s opening sequence, through its character introduction, to it’s blatant tackiness, through the very end was non-stop. Even the dull moments of the over-the-top CGI were mixed in to its excitement. Seriously though, the film did not stop. The action was everywhere noticed from scenes of calm stares, to gut wrenching high rise falls, to soundtracks, to visual montages. Right down to SFX quality was noticed…..and felt. I cringed at some of the sky rise moments. You have to being they felt that realistic. Or maybe it’s my awful equilibrium.

So what has director, Joe Carnahan (Smokin’ Aces), done so intelligently that made this film work? Well, it’s obvious that he watched, and appreciated what this film was based on. He took what we are use to seeing in the history of this show, brought it out perfectly into the viewing eye, and knew that it would work, because he didn’t change it. That is the biggest downfall in remake history. Do not change OUR history. If you do, it will be torn apart. And for the most part, the outcome will not be to your liking. 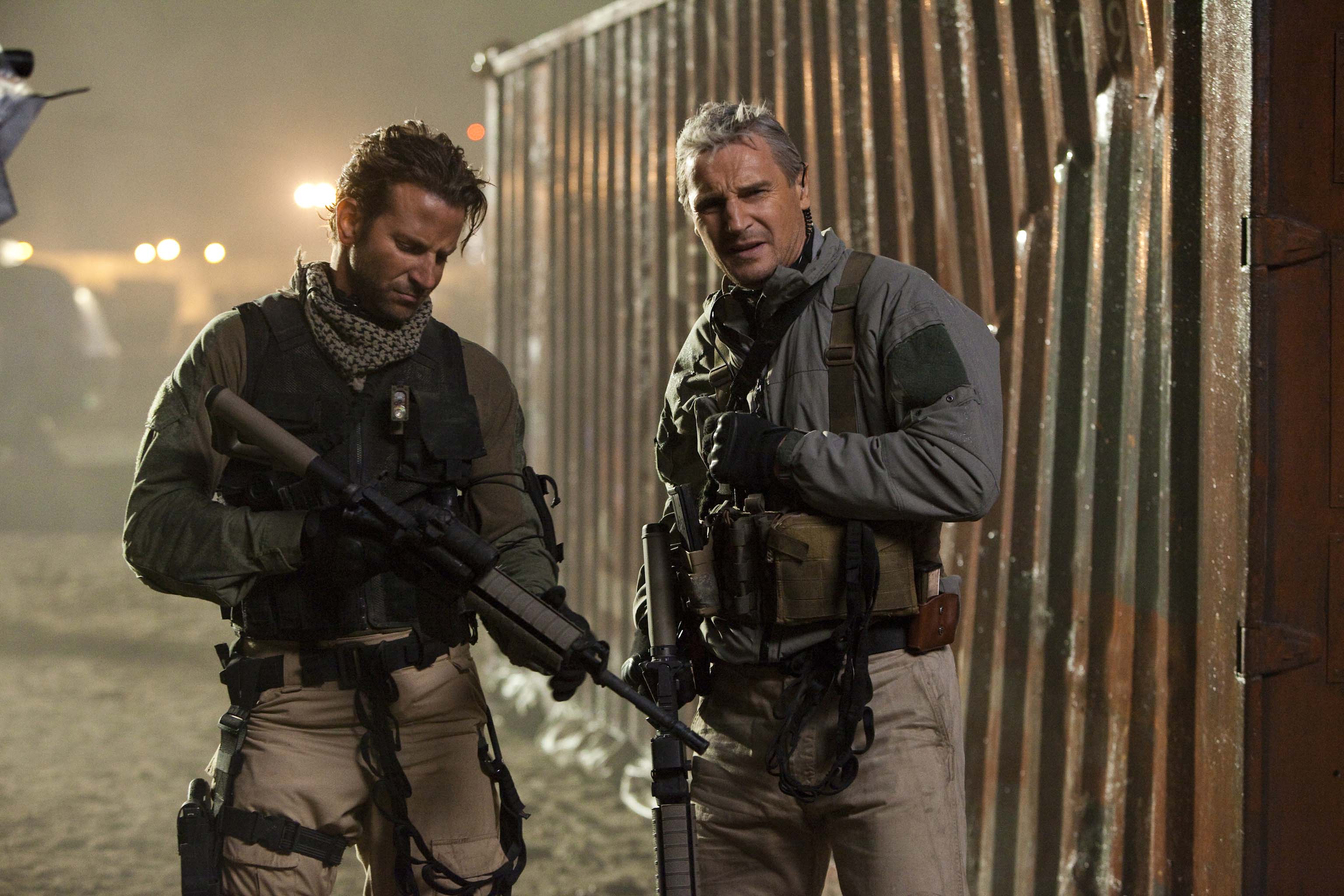 With the exception of some unfilled plot holes, and Bradley Cooper’s jealousy tarnished physique, this film was perfect. Every actor portrayed their character to its fullest. Zero overacting. Zero too much “face” time. Zero misinterpretation. Each main character played their roles, almost filled with respect with what gave them their roles to begin with, and even tossing in their own history of acting into the mix. You can clearly see their past roles being brought forth into their newest persona. And it quite frankly, it brought on no signs of typecasting. It was welcomed.

Of particular note, are two newcomers to the larger scale, motion picture industry. It should be known of their performances, much higher of anyone else involved, based on their lack of acting tenure.

Quinton ‘Rampage’ Jackson plays the well known, Bosco B.A. Baracus, and quite frankly, has one of the bigger shoes to fill. Being his first major role, and minus the overalls, he did a fantastic job as the fear of flying, airborne ranger, all about harming only one,but Murdock. His background was perfect for any scene where an ass kicking was needed.

Sharlto Copley plays Murdock, the clinically insane pilot who can get the fellas out of any situation, IMMEDIATELY. Off of a success as Wikus in District 9, Sharlto plays the role of which he has respected from his youth. And just as he did in District 9, he plays the role with incredible feeling. In just his second, yet major performance on the big screen, he has added a hugely needed piece of this film.

After watching the targeted main persons of this movie, the rest are at this point, side notes, yet respectable side notes. I can only think to compare this film, to the TV show, meeting Die Hard. And that’s a good thing. The bad guys approach is very similar to the fearless approach and cockiness to them, that you enjoy them as you would John McClane’s enemies.

It’s an A. Granted the tacky approach would be an A-, but, I have SOME class. There is no reason for you to not see this film. If you have seen the series, than that is enough to see this film, yet it’s not important for you to see the series to appreciate the film. This film starts the summer correctly. The A-Team is nothing short of fun.

Go see The A-Team, tell us what you think, and stay past the credits.
A-TeamMovie ReviewReviewThe A-Team