When it comes to alternate reality games, the more believable and interactive, the better. It’s wonderful experience we love, except for when it backfires.I’m not talking about when its structured sloppy, I mean when it is far too real for its own good. Cracked made a list that covers such a topic.

The article, “The 6 Most Insanely Misguided Attempts at Viral Marketing“, includes the Splinter Cell bar scene. To sum it up, what was supposed to be a played out as a bar room hold up and rescue got only half way through the 1st act because it was disastrously to convincing. Cops came in, took down the fake criminal, with a fake gun, in a fake hold up. The guy must have been a great actor.

Movies have fallen victim to the same problem. Cracked’s list includes the Boston Bomb Scare from the cheap Aqua Teen Hunger Force campaign. Going back to our roots though, The Blair Witch Project viral, the father of all movie ARG advertising campaigns, did pretty gutsy moves. All it took was a website to make the movie convincing enough to be considered as an actual documentary. 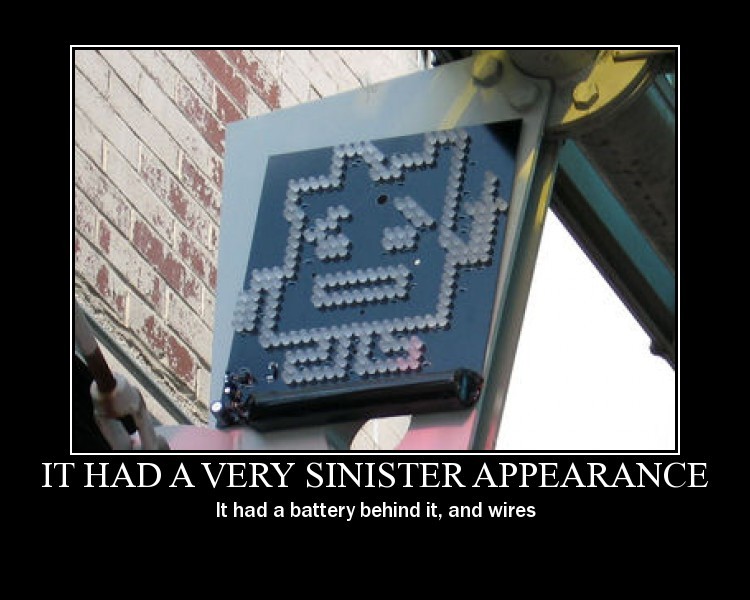 As a more recent example, Sony Pictures’ 2012 had a very wide and complex campaign. From the Jackson Curtis Facebook Page to Soren Ulfert’s blog and complex messages, it was hard for newcomers to tell if it was true or not. In fact, the marketing company had to explicitly brand their campaign to keep people from thinking the 2012 doomsday myth had been proven real (which some still did). It all comes down to planning, but sometimes even that’s not enough.

But keep in mind: do you really want an obvious ARG? Is it better to confirm an ARG? Of course not, it dulls the experience, as we mentioned last year. For all intensive purposes, I say keep it realistic as possible. Not only is it more fun, but you gotta be brave enough to do it.
2012Aqua Teen Hunger ForceCartoon NetworkSplinter CellThe Blair Witch Project