Last summer it was revealed that David Fincher (Se7en, Fight Club) would direct The Social Network, a film about the rise of Facebook. We’ve since learned that the film follows Mark Zuckerberg (played by Zombieland‘s Jesse Eisenberg), co-founder of Facebook, and it doesn’t paint a pretty picture of him. Now we have the first poster and the website for the film.

The film, based on the book The Accidental Billionaires: The Founding of Facebook A Tale of Sex, Money, Genius and Betrayal, is written by Aaron Sorkin (A Few Good Men, West Wing) and also stars Justin Timberlake and Rashida Jones. The poster, below, has 500millionfriends.com in the sideways Facebook header. The link leads to the movie’s homepage, which just has the poster as of now. 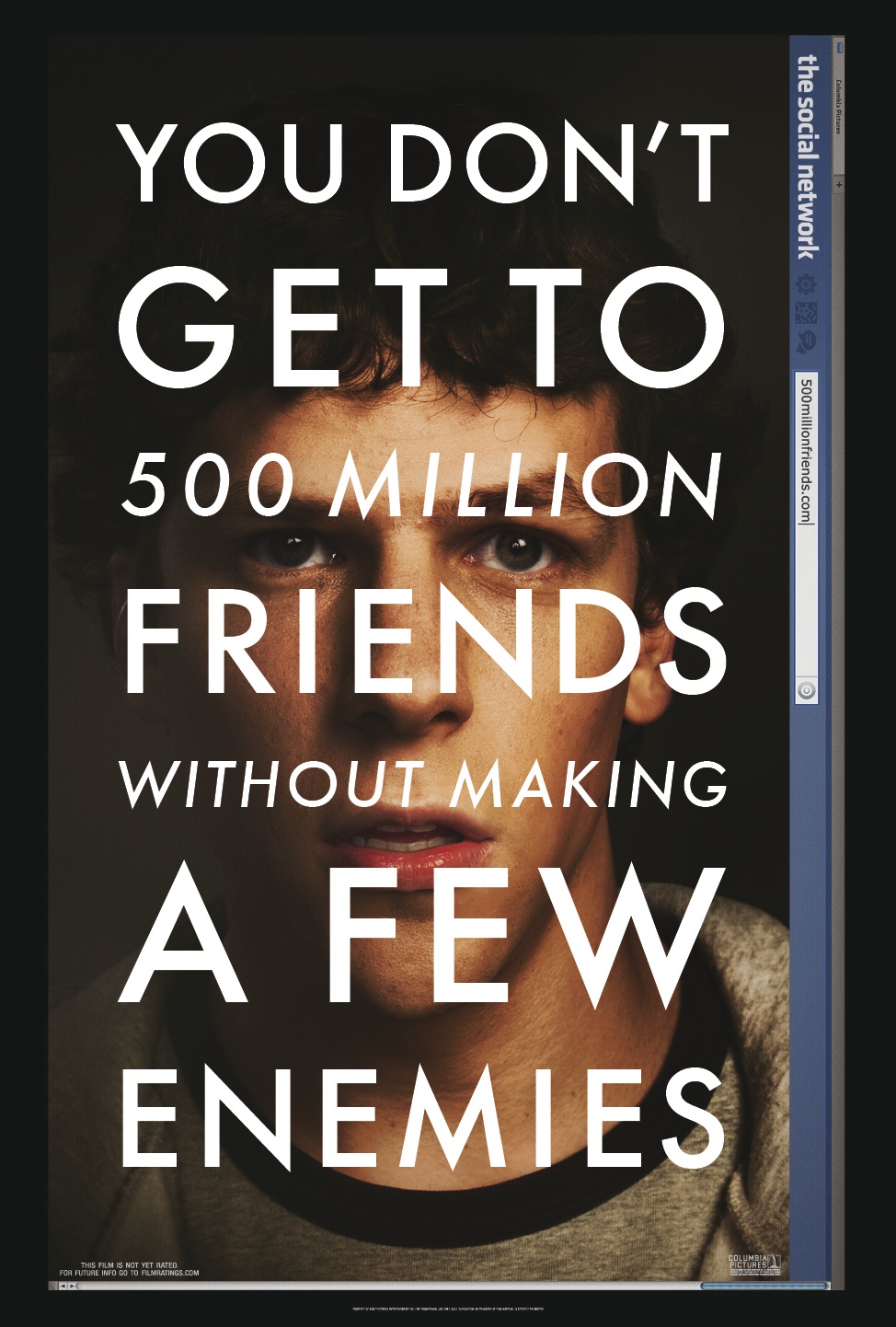 Here’s the official synopsis of the book, which should give you an idea about the movie’s plots and themes.

Eduardo Saverin and Mark Zuckerberg were Harvard undergraduates and best friends–outsiders at a school filled with polished prep-school grads and long-time legacies. They shared both academic brilliance in math and a geeky awkwardness with women.

Eduardo figured their ticket to social acceptance–and sexual success–was getting invited to join one of the university’s Final Clubs, a constellation of elite societies that had groomed generations of the most powerful men in the world and ranked on top of the inflexible hierarchy at Harvard. Mark, with less of an interest in what the campus alpha males thought of him, happened to be a computer genius of the first order.

Which he used to find a more direct route to social stardom: one lonely night, Mark hacked into the university’s computer system, creating a ratable database of all the female students on campus–and subsequently crashing the university’s servers and nearly getting himself kicked out of school. In that moment, in his Harvard dorm room, the framework for Facebook was born.

What followed–a real-life adventure filled with slick venture capitalists, stunning women, and six-foot-five-inch identical-twin Olympic rowers–makes for one of the most entertaining and compelling books of the year. Before long, Eduardo’s and Mark’s different ideas about Facebook created in their relationship faint cracks, which soon spiraled into out-and-out warfare. The collegiate exuberance that marked their collaboration fell prey to the adult world of lawyers and money. The great irony is that while Facebook succeeded by bringing people together, its very success tore two best friends apart.

The Social Network opens in theaters on October 1st.