Inception Review: As Good as a Dream

Without revealing any major plot points and details, Inception takes place in what is assumed to be a (very) near-future setting in which technological advancements have allowed the infiltration of a person’s dreams, and has given rise to scenarios in which people, like the films protagonists, are hired to use such an opportunity to delve the depths of a slumbering subject’s subconscious to retrieve, or place, any number of secret and safe-kept pieces of information for the benefit of the employer. The setting allows for a unique and fresh story that, while requiring the viewer to buy into various theoretical pseudo-sciences, manages to grip and excite throughout the film’s impressive length of two and a half hours.

Inception’s most immediate and apparent aspect is its repeatedly proven nature as a film of visual splendor. The movie’s graphical flair is omnipresent and consistent, and continually manages to impress, both in-and-outside of its incredible dream sequences. During such scenes, I, personally, was in awe as cities folded in upon themselves, as anti-gravity brawls broke out in hotel hallways, and as the very fabric of an entirely imagined reality frayed to create one of the most impressive spectacles of destruction that I have seen in recent years. Even in the scenes where the characters are placed within their (relatively) safe reality, artful use of slow-motion and scene transition make for a consistent visual flair even when reality isn’t warping to allow such events as a freight train passing through a city street.

Any complaints with this movie that I could force myself to conjure cannot compare to the sheer level of which I was impressed with the film, though they may seem more significant from a reader’s standpoint. While the story and visual effects of the film are engaging, the characterization, as a result, suffers a bit. To allow for explanations for the aforementioned subconscious-cracking pseudo-sciences that the movie repeatedly displays, as well as for an introductory period consisting of the building of an elite dream-infiltrating task force and an elaborate planning stage, any chance for legitimate character development is limited for any but the film’s chief protagonist. Apparent histories that exist between characters are given only a passing mention, and to this minute, I cannot manage to remember the names of half the main group’s members. Though I’m probably the one at fault there. Regardless, the cast manages stellar performances that make each character memorable in their own right; the role of each character is readily apparent and strongly presented, and they all fit rather well together.

To conclude, Inception was a film that managed to keep me, and I’m pretty sure the whole of the theater with whom I watched the local midnight showing, impressed and interested throughout. The visual effects were flawless, and while character development wasn’t at quite the level I’d have liked, the crew of actors and actresses more than picked up any slack in that area. Overall, Inception, to me, was phenomenal, and easily worthy of an A rating. And, in the end, I came out of the movie with only one question:

IS THIS REAL LIFE?

Lincoln Carpenter is a man of many titles, including Magister of Mysteries, Author of Intrigue, and altogether Arbiter of Intellectual Insight and Interests that are Included Therein. 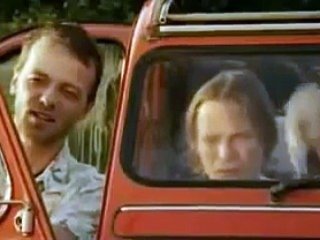