San Diego Comic-Con 2010 has already came and went. Many movie studios and TV networks brought all their goodies to the event this year in hopes of gaining positive buzz from the most important people to their franchises, the fans themselves. Warner Brothers, Marvel, AMC and many other places all showed footage from their biggest movies and TV shows, generally getting great response. The question is, does it really matter?

Well, Heat Vision seems to think it’s all a wolf in sheep’s clothing, and they have proof to back this up. With a graph from Flixster showing us the Comic-Con aftermath, online activity increased for only a few movies, whereas most others dropped off.  Movies like Scott Pilgrim and Zack Snyder’s Sucker Punch blew up with Google searches after Comic-Con; Thor, Captain America, Tron: Legacy, Green Lantern and other big tent-pole movies all declined in Google searches. Of course I don’t understand why Thor declined in searches when it was a trending topic on Twitter for two days straight. I guess that could just be the buzz for the trailer afterwards and everyone waiting for it to leak, which it eventually did. 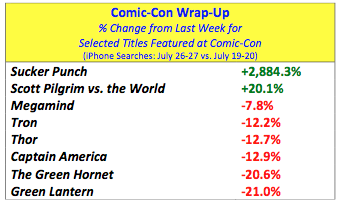 Personally, I don’t pay any attention to the research, seeing how all those movies are still going to be huge (well, that’s the idea at least) in the long run.  Cinematical even said themselves that this was basic statistics, and no real cause for the decline in searches was known yet. Another thing they’re not taking into account is the entire idea of Comic-Con. It’s to get the fans talking so that they go home to all their friends and family and tell them how awesome the footage was. Of course it’d die down after awhile, but once an official trailer was release for one of those tent-pole movies, all that buzz will be brought back up.

Do you think Comic-Con hurts movies? Discuss it below in the comments section.
Comic-ConScott PilgrimScott Pilgrim Vs. The WorldSucker PunchThor 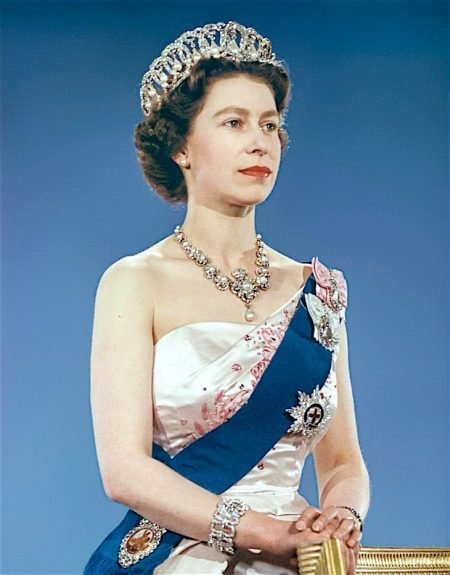