Rihanna sunk my battleship. Talk about stunt-casting. Universal’s Battleship, based on the famous Hasbro game, has gotten its newest shipmate, R&B singer Rihanna. The bodacious lover of rude boys (double meaning, all the way) joins Alexander Skarsgard and Taylor Kitsch in Peter Berg’s action film that might have aliens. This should be interesting.

Del Toro and James Cameron go to the South Pole. Guillermo Del Toro’s next directing job is going to be an adaptation of H.P. Lovecraft’s At the Mountains of Madness, according to Deadline. Del Toro, who has wanted to make the film since at least 2004, has gotten James Cameron to produce the 3D horror film, set to start shooting next summer. In Lovecraft’s story, a gruesome discovery made at the South Pole in the 1930s hints at the true origin of mankind having come from elder gods from another planet. Bad things happen when those life forms are awakened. 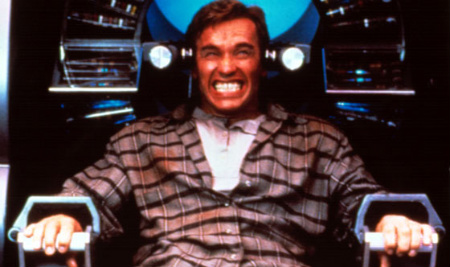 Total Recall is getting totally remade. Len Wiseman, whose short resume includes Underworld and Live Free And Die Hard, is set to direct a contemporary remake of the 1990 classic sci-fi film Total Recall, according to press release from Columbia Pictures. Neal H. Moritz is producing and Kurt Wimmer is writing, but no word on who will replace Arnold Schwarzenegger in the starring role. The original film is itself an adaptation of the short story We Can Remember It for You Wholesale by Philip K. Dick, and Wiseman has implied that he may pull elements from directly from there.

Liam Neeson is out as Lincoln. As many know, the ever-busy Steven Spielberg has been planning on making a movie about Abraham Lincoln since at least 2001, when he acquired the rights to Doris Kearns Goodwin’s biography of Lincoln, Team of Rivals. Liam Neeson had been attached in the title role since 2005, but he recently told GMTV that “I’m not actually playing Lincoln now. I was attached to it for a while, but it’s now I’m past my sell-by date,” implying he was too old for the part. The speculation now is who will replace him.

First Look: The Ghostface Killer is Back on the Set of Scream 4