Even a year after its release, District 9 just can’t stop its roll of nominations and merchandise. Visual effects production house WETA’s new book, The Art of District 9: WETA Workshop, contains more than just a series of concept art pictures. Adding to that, SPIKE TV has nominated District 9 for 7 Scream Awards. Find out more after the jump, you sneaky fookin prawn.

WETA’s new book is 160 pages of pure District 9 goodness. See the entire process of designing the world of District 9 in this hardcover volume with many features, such as…

But wait, there’s an extra bonus! You get an extra item if you order it straight from WETA. As if this wasn’t worth the money already ($34.99), there’s an MNU tagging stencil. All you need is some fluid and you’re well on your way to becoming a prawn too. WETA will also have a special screening in New Zealand. When you buy tickets to the event, there are 2 packages. 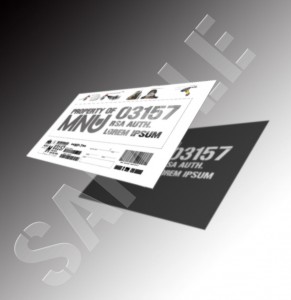 On to the Spike Scream Awards. District 9’s lead actor Sharlto Copley is up for Best Science Fiction Actor, Ultimate Scream, and Best Breakout Performance. The movie also has awards for Neill Blomkamp as Best Director, Screenplay (or as they call it, “Scream-play”), and best F/X. I don’t mean to complain, but it’s a shame District 9 isn’t nominated for Fight Scene of The Year. Nevertheless, the awards are won based on your votes, so get out there and vote for District 9 your favorite movie!
awardsBookDistrict 9Scream AwardsSpikeweta