The Office Wants You To Get Wuphf’d

I am probably not the only person who loses track of all the communication and social networks they maintain. Fortunately, The Office‘s Ryan Howard (B. J. Novak) has created a new social network, Wuphf, that will sync up every last communication service you operate, from fax machines to Twitter. The Office fans will remember Ryan first scheming about an all encompassing social network site at the end of last season. Well, fans learned from last week’s season premiere that Wuphf.com has further materialized into an online service, which you can now view for yourself after the jump.

As they have done so many times before, the folks at NBC recognized a subplot in The Office that could be realized using today’s technology, so they launched Wuphf.com to correspond with Ryan’s story on the show. Site visitors are treated to a video introduction from the company’s founder, and are offered the chance to set up their own Wuphf account, though it appears “server issues” and “frozen accounts” prevent registration from happening. Still, there is a funny “Testimonials” page where Wuphf.com users offered their feedback. Many of the names should be familiar, so be sure to check that out. 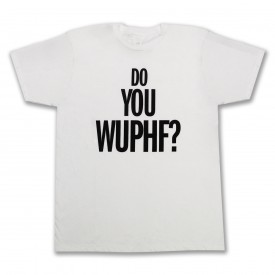 While The Office has been one of the best shows to create viral websites, Ryan is my least favorite character on show. He was genuinely funny as “the temp” in the early seasons, but he became a major detractor as a Dunder Mifflin executive in season four. Since coming back to Scranton, his character feels unnecessary and forced. I assume NBC plans on expanding the “Wuphf” subplot for the rest of the season, so we will continue to monitor the site if any updates are made. You can watch The Office Thursdays on NBC.
NBCThe OfficeWuphf