The IMDB boards tend to be Rumor Mill Central, but it’s hard to verify a lot of what is claimed. A great example is a recent post regarding Bad Robot and Paramount’s Super 8 that has an image that is supposedly concept art for the film’s alien. Is it real? Check it out for yourself after the break and read what I think. 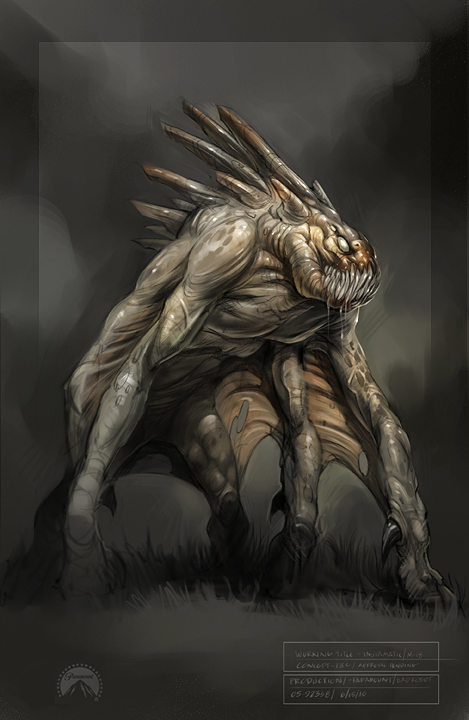 Why do I think it’s fake? First of all, director J.J. Abrams’ last project like this, Cloverfield (which he produced), also had an alien/monster that was kept secret from the public until the film’s release. There was a lot of rumored concept art, figurines, and other supposed glimpses of the monster for that as well, and it was all fake. Also, the guy who posted the image says his “friends’s brother’s wife” works for a marketing company, and that said person accidentally got an email from Paramount with the image. Sure.

Do you think this is the creature of Super 8? What do you think of the design? I have to admit, it looks pretty cool.