While it was just the other day, we wrote about the hidden sounds on the new interactive website for Battle: Los Angeles, we now have what could be more of an unannounced placeholder for a future viral campaign. While the site does nothing, and yet again has Sony’s name all over it, the visuals themselves are quite amazing. Hopefully a sign of what’s to come when the film is released. Keep reading to find out more.

It seems the same MovieViral forum member who brought you the last update, has been hard at work to keep the updates coming. OmegaXI has pointed us to quite the flashy, yet generic Sony site, that offers an amazing look into the carnage that hopefully fills the screen when the film comes out. Take a look at what World Invasion brings you: 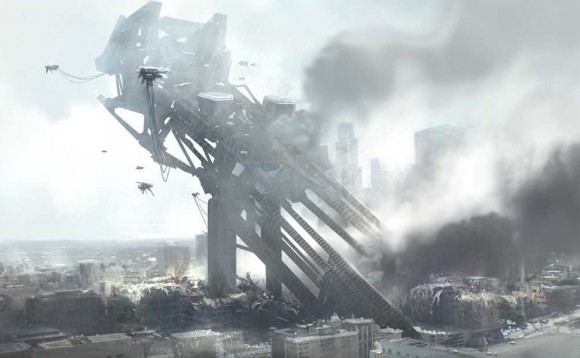