Last month we told you about Dimension Films’ found-footage thriller Apollo 18, whose plot revolves around the idea that there is a (sinister) reason that we never went back to the moon (at least publicly) after the Apollo 17 mission. There was a strange viral video that accompanied the debut of the film’s poster, and now it looks like we may be in for a whole viral marketing campaign, as viral website and some interesting subpages to the official site have popped up.

What should we start with? Let’s go with the clearly official one. Apollo 18’s official website, Apollo18Movie.net, has a new page that shows a remote terminal (sound familiar?), and of course, we don’t know who is the owner/user, though we know it’s been up (or on?) for almost a year. It’s just a stylized DOS screen, so here is the text presented:

The “img_0824.jpg” image reveals a top secret document with many redactions (mostly names and dates) that shows Apollo missions 18-20 being postponed instead of cancelled. In real life, missions 18-20 were in fact planned, but subsequently cancelled due to budget cuts, so it looks like the viral is trying to tie into this history as much as possible. I couldn’t find the Major Willard F. Symmons who looks to have written the letter, so I imagine it’s just a character. 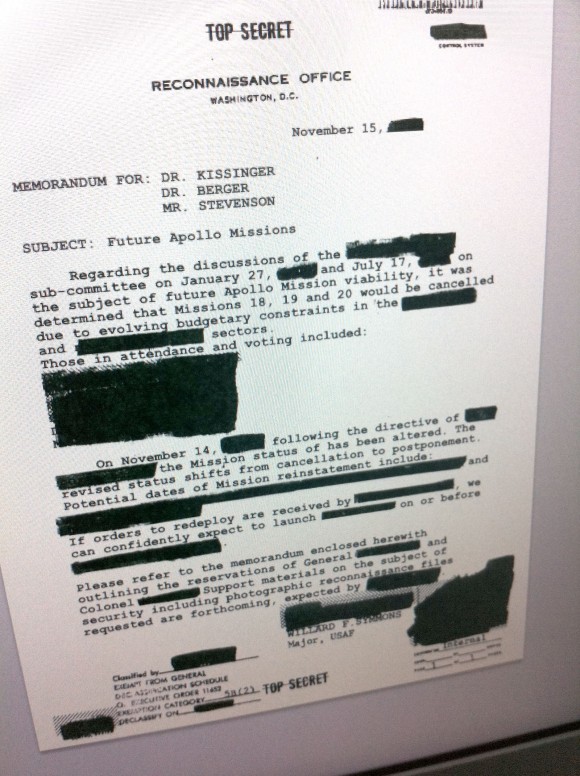 What’s interesting is the Soviet ties I’m seeing in a lot of the Apollo 18 marketing. First, if you go back and look at the poster, there is some Russian writing on it, along with the hammer and sickle communism symbol, which was used in the USSR flag. Now we have the new page on the official website that is labeled “cosmonaut”, and it seems to revolve around the Apollo-Soyuz Test Project, which was a joint space mission between the US and Soviet Russia in 1975. In fact, the ASTP (which just happened to mark the peaceful end to the Space Race), is sometimes referred to as Apollo 18, as it was the last and only Apollo mission after Apollo 17. How the postponed Apollo missions and ASTP relate is yet to be seen. 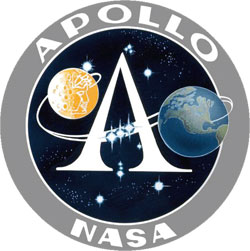 Now on to the viral website. Someone named Tyler Gordon has created a blog called Apollo Truth that claims to want to find “the truth” behind the Apollo missions. Obviously, Tyler is being framed as a conspiracy alien nut job, and if past viral campaigns are any indication, (see: Transformers 2, 2012), a random few of his theories and findings may turn out to be accurate (within the reality of the film, of course). On his site, he’s been posting links, videos, and news stories about the Apollo missions, mainly how what we know isn’t the whole truth, and that aliens are among us. In fact, he even posts the viral video we saw with the poster. However, the video was uploaded to YouTube over 2 years ago, so it’s not officially part of the marketing. That seems to be the case for everything Tyler has posted, as we’ve only seen real news stories, topics, and videos that are already on the web (sometimes for a while). Nothing has been fabricated (yet) for the marketing. Tyler dedicates his site to his deceased uncle, retired Air Force pilot James Gordon, who believed in aliens (Google search brought up nothing on the name). What’s interesting is that there was a Richard Gordon scheduled to crew the Apollo 18 mission. Could there be a connection?

In case you’re wondering if the site is actually affiliated with the film, there is evidence to support it outside of the viral video. First of all, the posts (3 pages worth) are dated back to June, but the site was created in late November. Backdating is Viral Marketing 101 for making a blog look real. Also, all the registration info on the site is hidden from public view. Sneaky sneaky. Go ahead and read the blog; there are actually some really interesting (and real!) stories. If you see anything else, let us know in the comments below!