When talk started up in regards to Kevin Smith’s horror film Red State, I was intrigued, especially being a fan of MOST of his work. Then again, none of his work included a horror film before, so it was up in the air. Recently, there has been a few posters for the film, and I have to say that my interest declined. They looked to “thrown together” for a film of this genre. Now, a teaser has been released, or stolen according to Smodcast, and it has brought my attention back, tenfold. Take a look at the teaser first, and then on to the sites.

At the end of this chilling and amazing teaser, you will notice two sites, which are hard to spot when paused, but while one leads you to the films site and larger teaser with all of the posters, the second takes you to what could be something larger, and possibly lead us into the minds of those folks we saw in the video.

If you visit Coopersdell.com, you are simply sent to the movie’s site*, however visiting goddamnsusa.com, you get to a more truer form of viral marketing, that hopefully turns into something more than a newspaper clipping, although this picture gives you an idea of what we might see in this film. These horror flicks based on the small town and backwards living always seem to give a bigger scare. Probably because they actually exist! 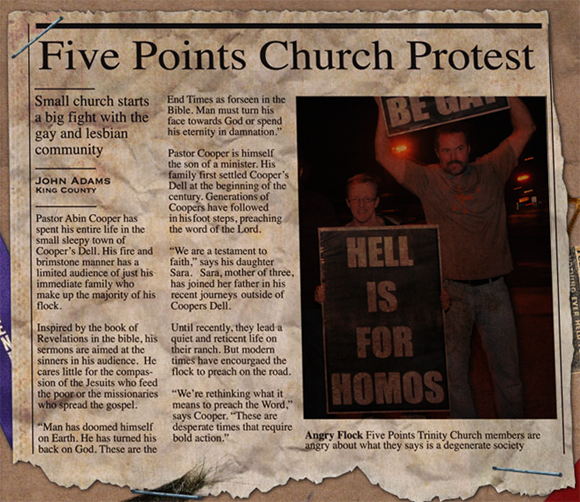 *Click on each of the posters to be linked up to another site, although be careful clicking on “the sons” while at work.