Come along with me on a journey to an archaeological site that’s been unchanged for ages. I’m not talking about a real location in the middle of the Sahara desert, I’m referring to Warner Bros’ official website for Space Jam, created back in 1996. 14 years later, the site has been untouched, acting as sort of a Internet time capsule that gives us a glimpse into our digital past. Explore with me after the break. 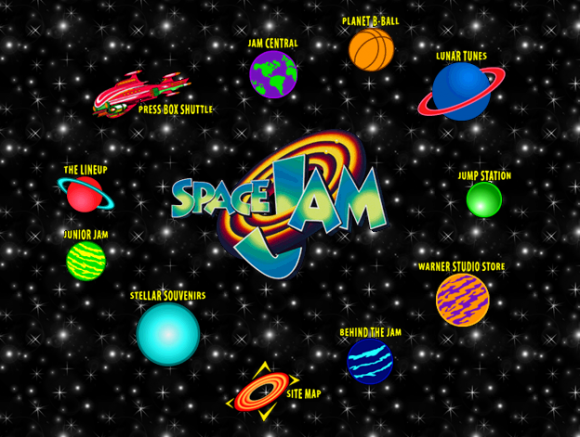 The front page of the website (link) is simple enough, but the true gems are hidden beneath the surface. Each of the pages linked from the homepage have a style that reminds me of a combination of the old GeoCities pages and sites you could make with Microsoft FrontPage. There’s actually a pretty decent amount of content, though some of the links don’t work anymore, and some of the downloads probably aren’t compatible with your computer and operating system.

As every schoolboy and girl should have learned growing up, Space Jam was Warner Bros’ attempt to make the Looney Tunes hip and modern by pairing them with Michael Jordan in a mediocre and silly film. Take a look at the site for yourself, and let us know how it brings up memories after the break.