The time is here to finally reveal the winners of the 2010 MovieViral Awards. With over 1,400 total votes, we had a great turnout. Did TRON: Legacy sweep, or did fans of the Crazies and Repo Men get their way? Who won the battle between Glee and The Office? Find out all the results after the break. 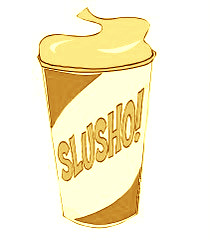 Viral Campaign of the Year

They’re Here
The CJA is awarded to a viral marketing campaign or element that does not fall into one of our designated categories but deserves recognition. OneKind’s “They’re Here” campaign had us all on the edge of our seats thinking it was for an alien invasion film, then gave us a great twist that shows that entertainment media don’t have to be the only kids on the viral marketing block. Click here for our complete coverage of “They’re Here.”

Congratulations to all our winners! It looks like the TRON fans came out in full force, but in the television categories, the results were much closer. Let us know who you think got snubbed in the comments below, and join us next year for our 3rd Annual MovieViral Awards!