When we last left off with the Apollo 18 secret webpage , we saw the T-Minus checklist for the also-secret Apollo 18 launch. Now we have two new documents, one relating to a Russian moon mission, and one about installing something. Get all the details after the break.

In the 1970s, the Soviet Union sent unmanned rovers to the moon during the Lunokhod program. Lunokhod 2 was sent in January of 1973 and lasted about four months until it overheated from lunar dust getting on its radiator. It covered about 23 miles, the most ever for any robotic rover at the time. The document “lunokhod” at the Apollo 18 site, however, shows that the US Government intercepted a letter from someone at the Russian aerospace company Lavochkin to a Soviet political figure that states that something more mysterious happened and that the whole overheating explanation was just a cover-up. 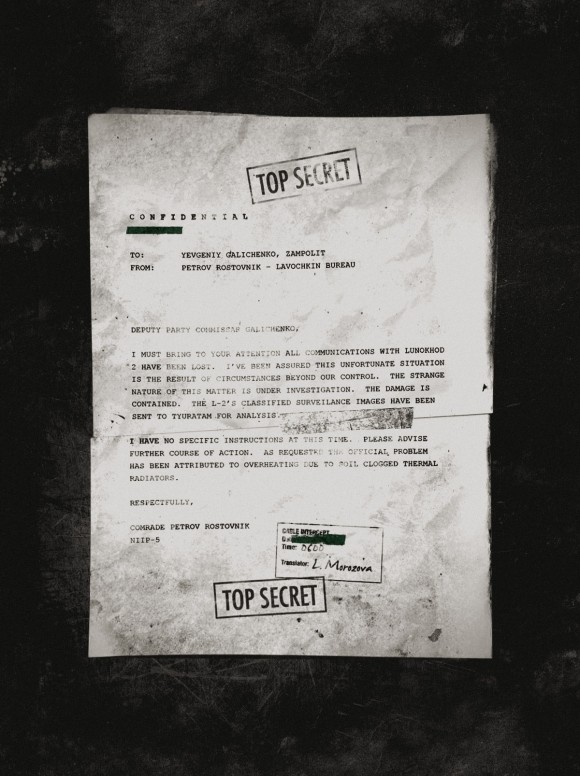 The latest document (“lunar_f_optic”) is a letter from the National Reconnaissance Office in Washington to NASA authorizing the use of at least one secret camcorder on an upcoming mission. There’s even a part number given that is searchable online. As you might have put together by now, this is all referencing the camera seen in the trailer for Apollo 18. The whole marketing of the film is based on the premise that this movie is really just raw footage recently found, so this helps support the image. 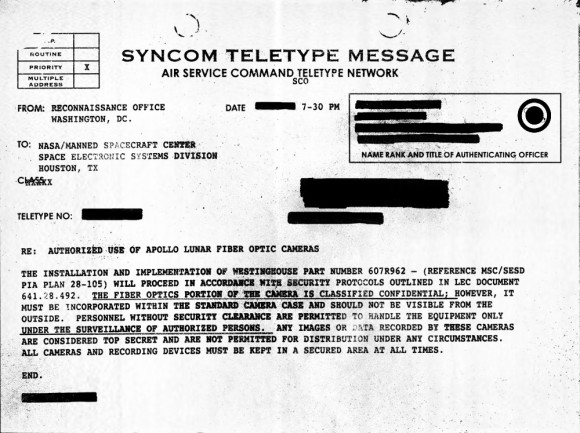 If you wish to see the documents yourself, the password is the same as usual for “lunokhod” (“vbg”), and the new password for “lunar_f_optic” is “lunokhod” (original, right?). See anything else interesting in the documents? Let us know in the comments! For our entire coverage of this sci-fi thriller, check out the Apollo 18 Viral Page.