While it may not be in English, we do have a pretty cool new poster for Apollo 18 that features the moon walker after that bug thing from the trailer attacks him. Take a look at the poster after the break. We also have the updated first poster featured on the Apollo 18 Viral Page, so check that out. 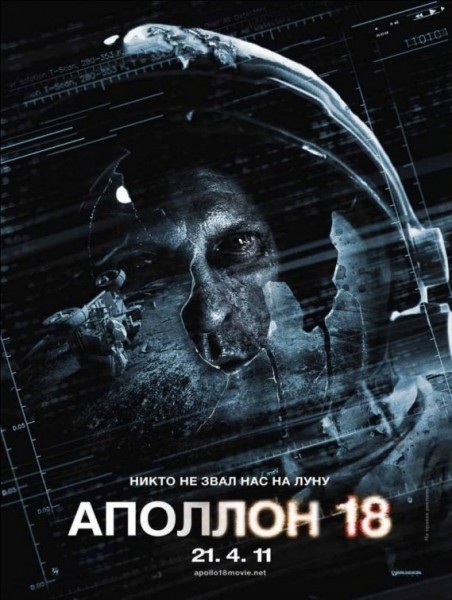 The language on the poster is actually Russian, which is interesting considering how much the Soviets play into the viral campaign and probably the film itself.