For those unfamiliar with the viral campaign for J.J. Abrams’ Super 8, Rocket Poppeteers are this campaign’s Slusho!, a fake brand of treats that probably has little to do with the actual film. Now the online store for the spaceship-shaped popsicles has been found, and a special preview could give us clues to the ARG. Details after the break.

The Rocket Poppeteers Depot is teased on the treat’s main page, but it was actually found by “gimmypig” on Unfiction. The swag on there looks pretty cool (not to mention cheap), but none of it is available for sale yet, and no date is given for when it will be.

While this is all nice by itself, the real news here is that a five page preview (plus cover) of a Rocket Poppeteers comic book can be found at the bottom of the page in PDF form. The comic features RP spokesman Captain “Coop” Cooper (thought to be real-life Gordon Cooper, though that is unverified), along with the voluptuous Cassie and a monkey as sidekicks.

If you remember in our last update, Mysterio mentions that Josh should be able to use his comic to decode “it”, which I assume is the note Josh’s father left for the two. However, we already saw that Moby Dick comic, so which is it?

Some interesting details to be aware of for the future, though they could mean nothing: The triple dot logo seems to appear in the comic, and on the store page, one of the boxes on the bottom have the number 3018647 on it. See other interesting clues? Let us know in the comments below! 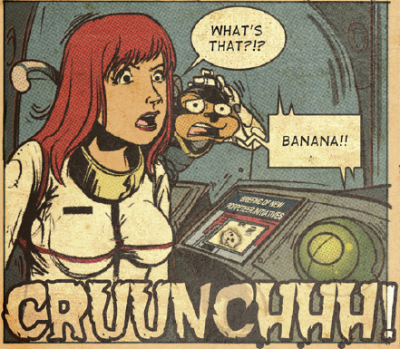 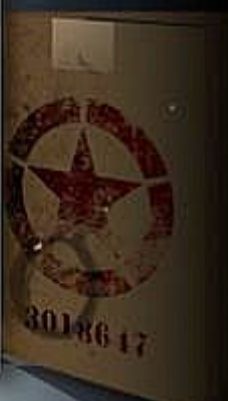 For our complete coverage of Super 8 and its viral campaign, check out the Super 8 Viral Page.

It looks like those posters given out at the New York Comic-Con were indeed real.