Can You Survive ZomBcon, The World’s First Zombie Convention?

While I was on the floor at WonderCon this weekend, I came across a table that pretty much blew my mind. As a fan of Zombies, I was fascinated by what is being called “ZomBcon”, a convention for zombie enthusiasts. Learn more about this event after the break.

Last October was the inaugural ZombCon, “The World’s First Zombie Culture Convention”, and featured such powerhouse guests as the grandfather of zombie films George A. Romero, Evil Dead series star Bruce Campbell, and popular zombie author Max Brooks (The Zombie Survival Guide, World War Z), among others. I had never heard of the event until seeing their booth at WonderCon, so I was immediately impressed. The convention includes panels and workshops featuring the above guests and various topics, screenings, a “Prom Night Of the Living Dead” Costume Ball, and of course a Zombie Walk, among other activities and features. 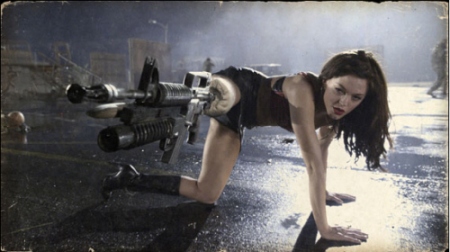 This year promises to be more of the same quality from ZomBcon creator Ryan Reiter and his crew. The convention will be held again at the Seattle Center just in time for Halloween, this time from October 21-23. Guests will include some of the cast from AMC’s The Walking Dead, Rose McGowan (Planet Terror), Zombie make-up legend Tom Savini, and more. While there is no schedule available yet, the events will be similar to last year and include over 100 exhibitors.

Get all the details on the upcoming convention and purchase tickets (starting at just $12 per day) at ZomBcon.com, and follow the convention on Twitter and Facebook.