Have you ever wanted to slay bloodsucking vampires? Well now you get your chance! Screen Gems’ Priest is due out next month and they’re just beginning their online marketing campaign. Today an online game based on the film was launched that you can play in 3D! Read on for more.


The Priest in 3D Online Movie Game is a three level, single player game that allows the player to play as either the Priest (played by Paul Bettany in the film) or the Priestess (Maggie Q). You may also choose to play in enhanced 3D or standard 2D. In order to play the 3D version, you will need a pair of anaglyph (Red and Blue lens) 3D glasses. I’m sure you’ve got a pair laying around your house, if not, don’t worry: The 3D doesn’t really add much to the experience of the game, it’s just a nice touch since the actual movie will be presented in Digital 3D. 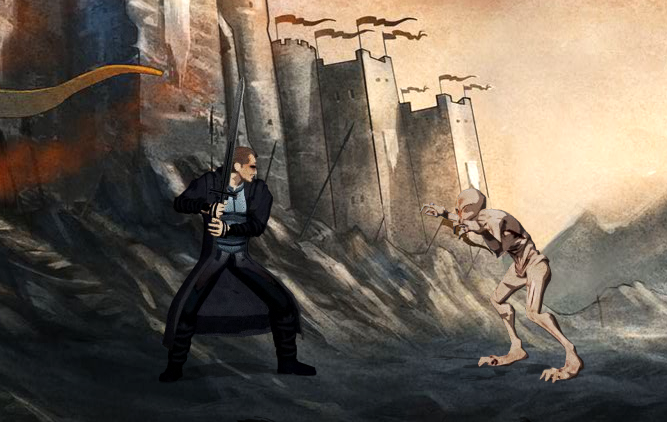 The game itself is pretty easy to play. You have three “chapters” to play through, each with two vampires to kill. It’s a side scrolling fighting game like Mortal Kombat or Street Fighter. Before you play each level, you watch a video, much like a motion comic, that gives some background. They also introduce you to your enemy and give you hints about the level. Once you beat each level, you are awarded badges that tell you what achievements you’ve unlocked. After the first level, you are also awarded a new weapon. You can share these achievements on Facebook.

Watch The Viral Video That Inspired ‘Deliver Us From Evil’; New Poster Reveal

Watch The Viral Video That Inspired ‘Deliver Us From Evil’; New Poster Reveal