The past few days have seen a flurry of updates to the Super 8 viral campaign, culminating in /Film (and possibly other bloggers) receiving in the mail an actual Super 8mm film reel with a new clip for our mysterious S8editingroom footage. That viral site has also been updated with a new clip, and we have a new print out on STIES. 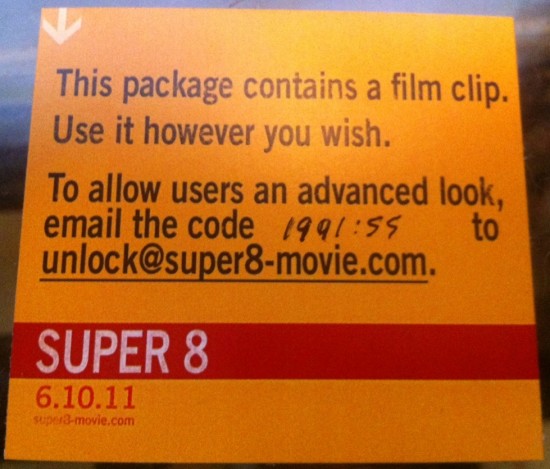 /Film also received a flash drive with the footage, along with a card that showed how to submit their clip to the S8editing site, and now you can see it there in the timeline with the other clips we know about. This clip in particular, #46, is a continuation of what we see in clip 41: scientists sitting down observing something. The narration here says “component cube parts”, which makes sense, since as you can see in later clips, this strange cube is at least partly what they are studying. Since the earlier narration in clip 41 says the scientists were “exposing the craft to a barrage of” something, we can assume that the cube breaks up into smaller ones like it instead of shattering, melting, disintegrating, or any other normal behavior when subjected to stress. 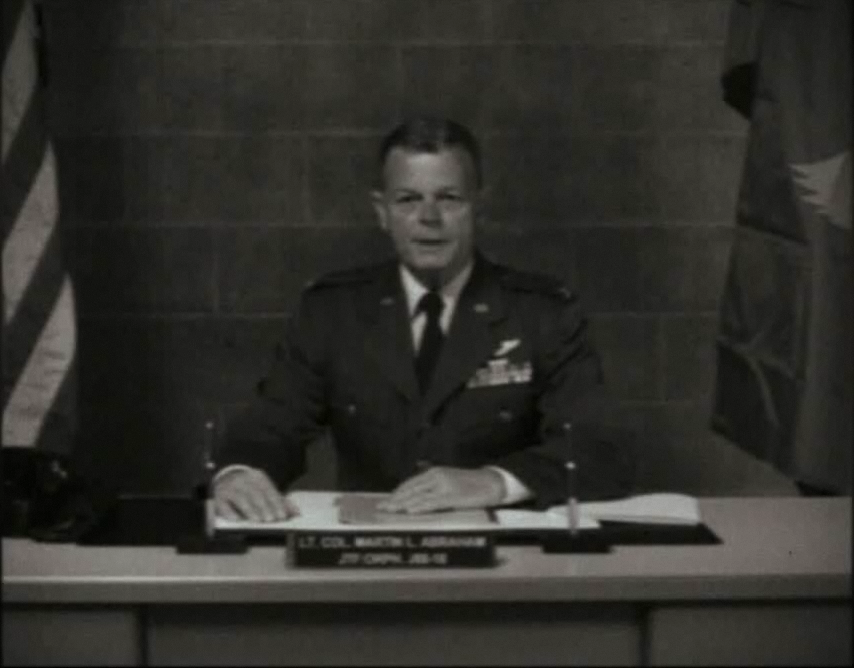 The other clip from the S8editing site features a Lt. Col. Martin L. Abraham saying something that sounds like “assault on tech-“. From this, we can tell that Lt. Col. Abraham is the narrator of the entire footage, though his exact connection to this all is unclear, especially since I can’t make out what the bottom portion of his name plate reads. If you can make any of those characters out, let us know. 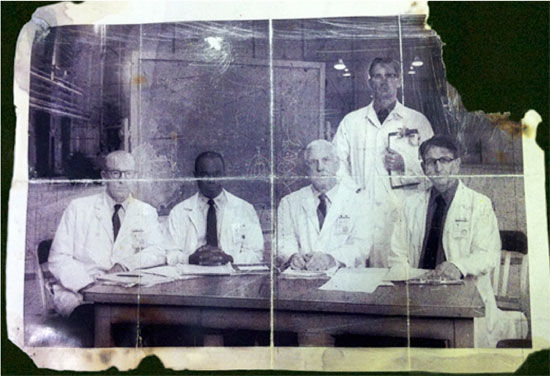 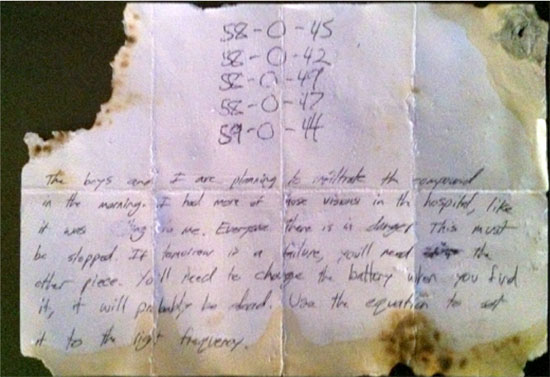 Finally, the print out on ScariestThingIEverSaw.com has some new content. The document, which can be found by moving the DOS command window to the side and utilizing the print window, now has two sides of a burnt photo and Mysterio talking about remembering that day. The black scientist in the photo is Josh Minker’s father, but the identity of Mysterio is still unknown. The back of the photo has this transcribed (courtesy of Super 8 News):

The boys and I are planning to infiltrate the compound
in the morning. I had more of those visions in the hospital, like
it was [calling] to me. Everyone there is in danger This must
be stopped. If tomorrow is a failure, you’ll need [to find?] the
other piece. You’ll need to charge the battery when you find
it, it will probably be dead. Use the equation to set
it to the right frequency.

Obviously the numbers must correlate to these scientists somehow, the rest is confusing. Are they trying to stop the testing that we see in the S8EditingRoom footage? Let us know what you think in the comments below.

The Super 8 viral campaign is a complex one to explain, so check out our Super 8 Viral Page to get up to speed!