Even The New “Super 8” Poster Pays Homage To Steven Spielberg

The sci film Super 8, which we’ve been covering extensively, is directed and written by J.J. Abrams. From watching the trailers and clips, it’s pretty clear that Abrams is paying homage to his idol Steven Spielberg, who is a producer on the film. The film has the feel of Spielberg’s old Amblin Entertainment movies like E.T. and Close Encounters of the Third Kind. In fact, Spielberg has lent the Amblin name to the film, and Abrams himself has admitted that Super 8 is partially a love letter to the Spielberg films he grew up on. The newest poster for Super 8 plays up the Spielberg homage by mimicking the classic hand drawn posters of his 70s and 80s films. Take a look for yourself after the break. 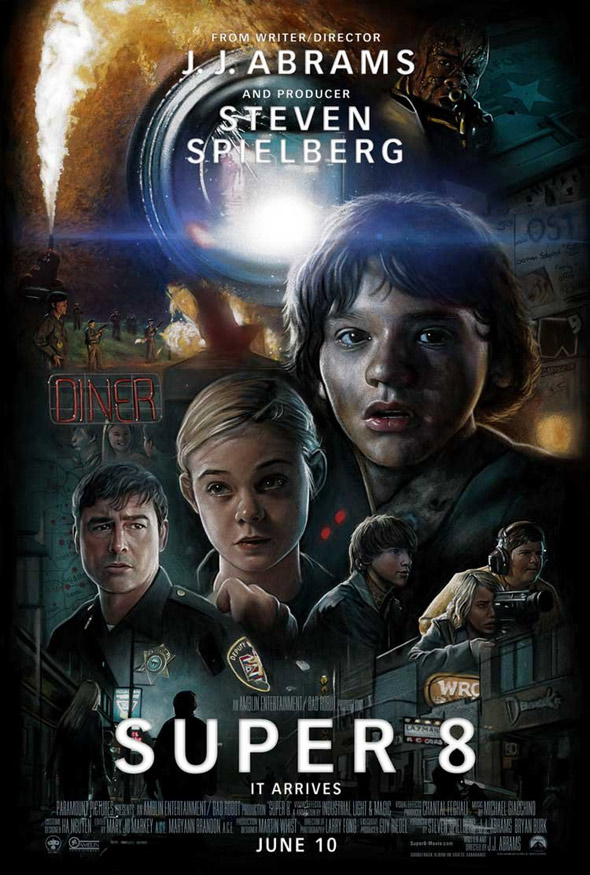