This year, Marvel Studios won’t be presenting their crown jewel, The Avengers, to rabid fans at the San Diego Comic-Con. But fans of The Avengers won’t have to wait long, as a clip is playing after the credits of Captain America: The First Avenger. Before that first look, Marvel has released the first teaser poster as well as a website. Details after the jump.

At last year’s con, Marvel Studios surprised guests with a teaser trailer for The Avengers, an appearance by the entire cast of The Avengers plus writer/director Joss Whedon! Sadly, there will be no such mega event at this years con, but Marvel will be running an Avengers viral campaign centered around the fictional peacekeeping government agency, S.H.I.E.L.D. We can expect an actual panel for The Avengers at this year’s D23 Expo.

The official Avengers movie website has been updated with a new animated intro and a link to get the latest Marvel news from Comic-Con. You may also download the poster, which we have a high quality version of below for your viewing pleasure. (Click to slightly enlarge) 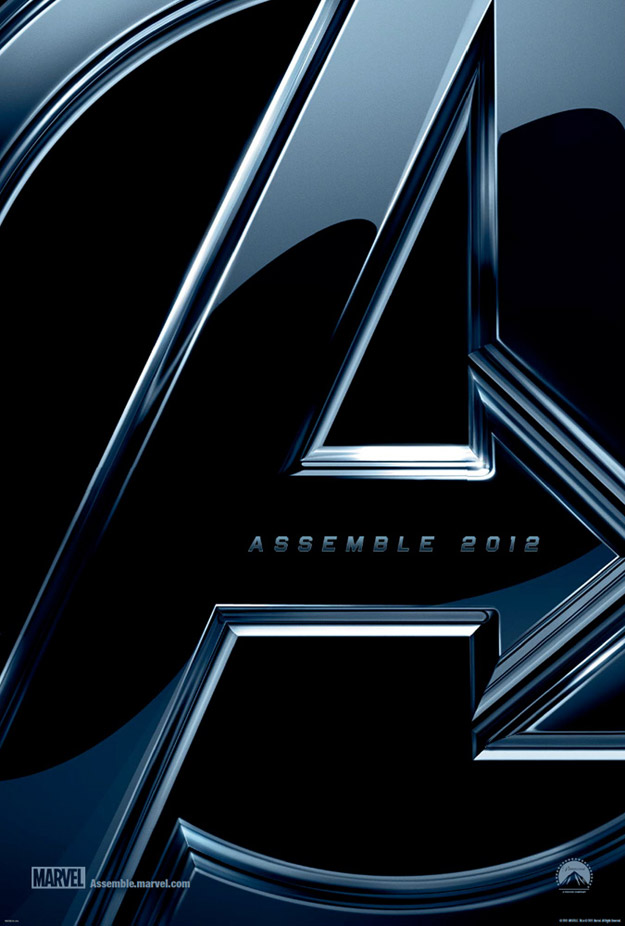 The Avengers hit the big screen May 2012!