The World Robot Boxing website now has a new feature called “Learning The Ropes”, where you can train the robot that you built. The website is the viral marketing hub for Disney’s Real Steel, set in the near future where robots have taken over the sport of boxing. The WRB has become the official league for the new sport. Read more about the training after the break.

The training has three levels, and they are actually pretty difficult, thanks in part to awkward keystrokes needed to complete maneuvers. Strike Training has you punching metal boxes. Next you have dodge training, where you dodge metal balls, then mixed training, which has you dodging and punching. While the training is kind of fun, it’s also really repetitive. It’s also unfortunate that you can’t use the robot you designed (from what I can tell). I haven’t completed the training yet, so if you do and find something interesting at the end, let us know! 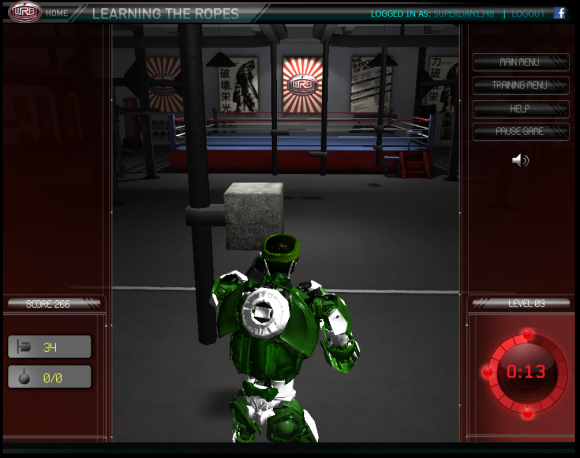