Movie Review: “The Help” Is Delicious Alternative To The Tiresome Summer Flare

In a day an age of explosive 3D films, its nice to know that The Help can be a change of pace. Sure we have had Woody Allen’s A Midnight in Paris and Terrance Malick’s The Tree of Life released along side some of the cookie cut summer films, but The Help can be and should be considered one of the great alternatives that is not afraid to share the lime light with some of the big budget blockbuster films.

The Help tells the story of the help or maids during the Civil Rights movement. Skeeter (Emma Stone) is a young white woman who has recently moved back home after graduating from the University of Mississippi. Skeeter starts to work for her local newspaper’s domestic care column and her ambitious nature has her finding a writing piece from the point of view of the help, or the maids who provide the help. Daring to break the rules, Skeeter starts to build an unlikely friendship with Abilien (Viola Davis), a maid who recently lost her son to a tragic accident. Their bond begin to reveal the lines that blacks and whites never cross and the distance that stands between the two.

Olivia Spencer and Jessica Chastain absolutely shine in The Help. They may seem like they are the comedic relief in the movie, but deep down their chemistry is the very definition of standing up to intolerance and racism during the 1960s. Times of light comedic relief should not outweigh the more emotional moments during the film. Chastain is Celia, a very sexy and endearing but very vulnerable high-class white female. Ironically, she too is shunned by her white sisters. For Celia, there is no black and white, there is just a person who she needs to talk to because the white community closed the doors on her. 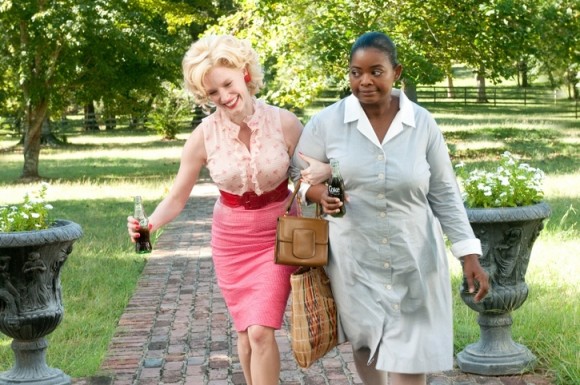 Spencer doesn’t miss a beat as Minny, the outspoken maid. In fact, this is a breakout role for the actress. She is a sassy no hold bar maid, who feels compelled to help her new ditzy color-blind employer. We see Minny become that person who doesn’t want to listen and does not the white class in high regard, become a person whose walls come down and a friend you can confide with. Her sass and quick wit never became a distraction in the movie.

Hilly (Bryce Dallas Howard) does not possess the same archetypes you see in most antagonists in Civil Rights films. While most Civil Right movies are about racism and intolerance, the antagonists have no basis for their intolerance. Hilly is not a hateful person, but she does believe that a recent outbreak can be traced back to the help and it is that fear of that outbreak that drives her to do all she can to protect her family and encourage her housewife community to follow her cause. 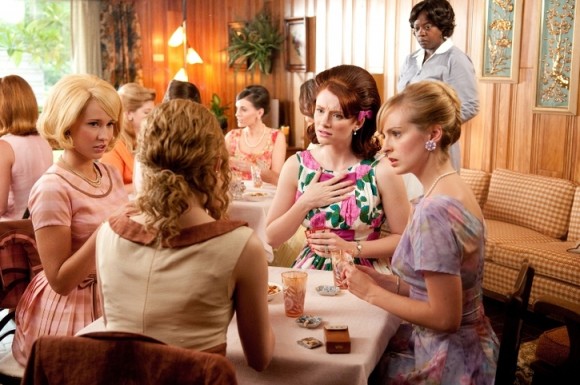 Using the novel written by Kathryn Stockett, director Tate Taylor was able to intertwine the many subplots that are in the movie. This is the reason why The Help has such a lengthy screen time. Some of these stories need to be fleshed out and characters need their chance to grow.

You may have not noticed it but Stone is a very versatile actress. We rarely see Stone in a slight dramatic role, so for her to be in a film like The Help is quite refreshing. Sure you may get a laugh or two when she spouts something witty, but it is her passion and motivation that she has to be a great writer that she unwittingly unveils the evils of intolerance. Davis also pulls her weight in the relationship as the tired but wise and strong Abilien. She provides The Help with her strong conviction and valor to tell the truth. Together the two bond and much like Minny and Celia, they share something special but their relationship is unique. 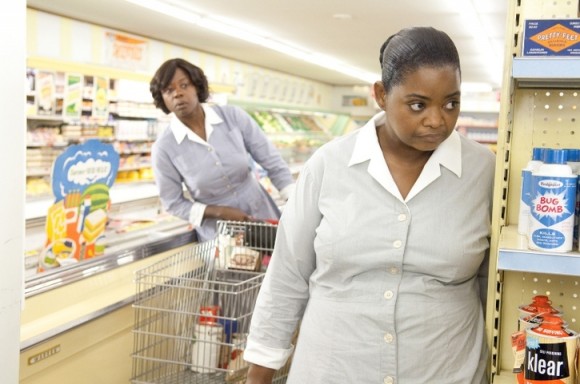 There are some moments in the film that can come across as unnecessary , but for what it’s worth all of it can be considered a minor distraction. The Help is a deliciously wonderful film, filled with strong one of a kind performances and fueled by the themes of friendship. While Chastain and Stone are charming, it is Davis and Spencer that steal the show and do more than just tell the story from the point of view of The Help.