Fright Night is one of those classic 1980s horror films that was able to combine the blood and gore of the horror genre with comedic styles. Back then 3D was not a relevant gimmick, nor was it a box office booster. Now turn the clock forward 30 years later and take a look at Craig Gillespie’s fun contemporary vision at the cult classic. Thanks to Gillespie the vampire name has been reestablished. They are no longer shamed by the pale, sad and emotional, sparkling vampires we see in teenage novels. They have returned to the charming but terrifying blood thirsty creepers of the night.

Charley Brewster (Anton Yelchin) is a high school student who is in a relationship with Amy Peterson (Imogen Poots), the most popular girl in school. He begins to notice a string of disappearances that occurring in his neighborhood and traces it back to his neighbor Jerry (Collin Farrell). Things start to become more dangerous as Charley gets closer to the truth, so close that Jerry starts to threaten his family and friends.

Director Craig Gillespie puts the name of the vampire in its rightful place. Choosing Farrell as Jerry for the vampire is nothing but a stroke of genius. Ferrell plays a very sexy and alluring vampire, but he does it so well that he doesn’t even try to be. It is just so much fun to see Ferrell cross the two planes of being sinister and being sexy. How Jerry attracts is victims, the way he talks, and his swagger throughout the whole movie even had me memorized.

Both Yelchin and Poots have terrific chemistry together. It is almost as if they were already in a relationship. But its Poot’s character I enjoyed the most in that relationship. She is able to play off a wide variety of emotions and looks as though she has a lot of fun doing it. Having that quality gave Charley something to fight for. Knowing what is valuable made Charley a more believable character. He went from jock to frightened teen to complete bad ass. 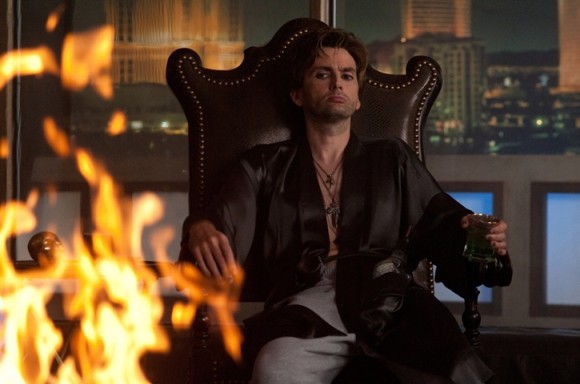 But it was David Tennant who stole the show. It is so much fun to see him as the drunk womanizing Las Vegas magician Peter Vincent. Screenwriter Marti Nixon was able to put a more contemporary spin on the classic character. Putting a Russell Brand/Jack Sparrow shtick into Peter Vincent was fun to watch as well. Rather than have him be the host of a show, she had him be the host of a Las Vegas night show. It seems very fitting seeing that the entire movie takes place in Sin City. Evil Ed (Christopher Mintz-Plasse) was also fun to watch on screen. Even though he had a short life in the film, his quick one-liners had a lasting impact.

The pacing for Fright Night is wonderful. Gillespie takes his time with drawing out the terror and fear out of the audience, not once rushing any of the scenes. One scene in particular is when Charley tries to rescue one of Jerry’s victims. As he tries to navigate his way out of the house, he tries to allude the charming vampire, unknowing that his moves are being watched by the blood thirsty villain.

However this film wouldn’t be really filed under the horror genre. Sure there are some scary moments in Fright Night, but none of them would constitute themselves as something that would give you nightmares. 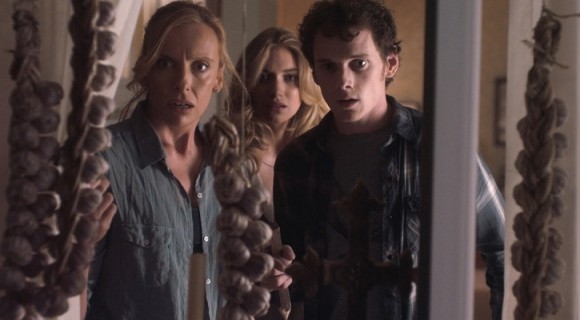 Fright Night was able to strike a balance between the horror and the comedy genre and give it a contemporary twist. Most remakes or reboots try way to hard to be contemporary and pay homage to the original. Here Noxon gave slight references to the original and was able to keep the film from being a 2011 remake. She was also able to make great use of the set pieces of the film. Noxon doesn’t let herself be bound by the old rules of the vampire.

Obviously 3D can be a determining factor for any film that uses the technology. Thankfully Fright Night is able to use it to its advantage. Maybe that is because they shot the film using 3D cameras or maybe it was that Gillespie was able to exploit the technology by finding a balance between the gimmicky pop outs and the added depth. Whatever the reason may be all the flying blood splatter and hands popping out of the screen heightened the experience of the film. 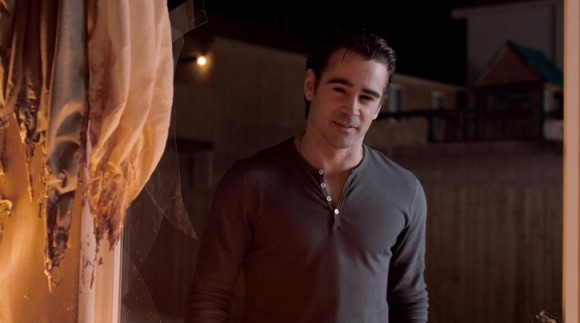 Fright Night may not be a horror film, but it is able to combine tension and comedic elements gracefully. And that is fun to watch transpire on the big screen, especially in 3D. There may be some characters that could of been taken out and there could of been a bit more horror elements added to the film but one thing is for sure this movie is a delightfully bloody good time.