Two weeks ago the Apollo 18 viral campaign started back up, and now we have three new documents that seem to be innocuous, but since one looks to be in Russian, we can’t be sure. Check out the updates for the lunar thriller after the break.

Apollo 18 is a found footage Sci-Fi horror film about a secret mission to the moon where we find a deadly alien. The documents on the Cerberus Station 9 viral page give a timeline and basic outline of the mission, and we’ve already seen documents from after the mission was complete. Now three more documents have shown up (unlocked with password “Surveillance”), but they don’t seem to tell us much. Two are just checklists, with one being for the “Liberty” lunar module itself. We also have a document in Russian, so maybe there are some clues hidden in there. A commenter on our last post gave the following translation.

Secretary General of the ‘expressed his contentment is not the lack of
progress in achieving your targets for eapusku spaceflight. RCF-1
request for additional funding was rejected. released resources 11a52
will be more than enough to produce the desired and immediate results.
It is essential that the test eapusk Leninsk held on schedule. Since
NC-NC-33rd and 43rd are not available, HBC Kuznetsova to deliver an
additional 75 NC-15, 23 NK-15 and 15 NC-21 as requested. we are not
allowed to dolzhny great achievements nashevo friend Sergei Korolyov – a
hero of labor-sotsialisticheskovo been surpassed by any other foreign
power.

Let us know if you have a better translation or can find a clue in there somewhere. Take a look at the documents below. 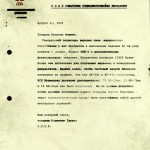 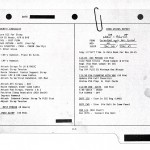 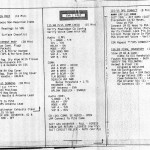