It all started with one animator named Walt Disney. Since then Disney has produced lice action films, CGI animation, and built partnerships with other studios. But to continue its legacy, the studio will be releasing the animated films that made them great. So hit the jump to see what you can expect from them.

Rich Ross opened the first portion of the studio panel by introducing Disney Animation CCO John Lasseter. He was very excited to unveil the some of upcoming projects from the Walt Disney Studios. The first major one would be from its animation division titled Wreck-It Ralph. The story is about a video-op arcade game “bad guy” who aspires to be a “good guy”. But after being so misunderstood at Bad-Anon (think villains anonymous for the video game world) and in his own arcade, he ventures out hopping from arcade machine to arcade machine to become the good guy he is not allowed to be in his own world.

The film stars John C. Reilly (playing the titular character), Jack McBrayer (“30 Rock”) plays Fix it Felix, Jane Lynch (“Glee”) voices Sgt Calhon, and Sarah Silverman will voice Vanellope von Schweetz. We saw a quick four and a half minute clip that explains the story of Wreck it Ralph and how he aspires to be a hero. We hear the story of the Ralph struggling to be a good guy even though he is programed to be a bad guy.

What is very exciting about the film is that it will be based on some retro games and some of the newer games. Of course the film does pay homage to some of the classics like the ghosts from Pac-Man, Bowser from Mario, and others. Although we only get a rough cut the audience was already eating it up. There is a bit of comedic wit to Ralph’s narrative style. Ralph brings a sense of depressive humility in the film that will make you laugh and sympathize. Something only Reilly can bring to life on the big screen. The panel also treated the audience with a look at a Jane Lynch recording session. Though the premise may seem outrageous, the film has the possibility of being great.

But CGI wasn’t the only style to be revealed; we also got to see a couple of clips from Frankweenie, Tim Burton’s upcoming feature that uses stop-motion animation. The clip featured footage from the film and a couple of behind the scenes glimpses. Though Tim Burton could not be there to present, the producers Don Hahn and Allison Abbate were there to unveil the Sparky, the dog that brings this whole story together. Abbate showcased the mechanics of the dog, explaining that there was an actual skeleton in the dog that allows it to move the way they want it too.

We saw a presentation for Brave. This by far was the best presentation for the animation portion. It is Pixar’s first fairy tale themed movie, and first to have a female in a lead role. The audience saw some amazing shots of Merida (voiced by Kelly MacDonald) shooting arrows while riding her horse. As she starts a hitting streak, the horse abruptly stops which launches Merida off her saddle. She lands in a pile of mud. As she gets up, she throws a clod at her horse, who quickly snorts it back at her. She then walks with an furious look on her face, only to kiss her horse right on the nose.

As the lights come on, Lassester opens this portion of the panel by welcoming director Andrew Stanton and producer Katherine Sarafian onto the stage. The two explains that the only way they could bring Scotland to Pixar life was to go on two massive research trips of the country.

Sarafian told the crowd that Scotland’s phenomena of blue bog gas, called Wil-o’-the-wisp, will feature prominently in the story. These wisps have the power to change anyone’s destiny and lead our heroine to a witches cottage. Unfortunately things take a drastic turn for the worse as the witch changes her fate resulting in a war that only Merida can stop.

The crew then welcomes Kevin McKidd and Kelly MacDonald onto the stage. There they spoke about their characters and how exciting it was to voice animation.

We then see another clip from Brave. Although the clip has yet to be finished, the final product should be nothing short of stunning. Here we have King Ferges (Billy Connolly) calling upon Merida’s three suitors to compete in a match of her choosing. Of course everyone knows her expertise. So as the three fumble with their bows and arrows, Merida and the king start to mock the suitors’ performance and their appearance. But as the third one clumsily tries to position himself, the King impatiently shouts to just shoot the arrow. Without realizing it, he actually allowed him to hit the arrow dead center.

Clearly Merida is displeased with the result, and storms onto the field grabbing a bow and arrow protesting that she would be the one who fights for her own hand in marriage. Despite her mother’s protest, Merida begins to shoot these arrows. As she reaches the third one, her mother has reached her breaking point. She demands that her daughter stop this. But this falls upon deaf ears, and Merida shoots the arrow, successfully splitting the dead center one in half. 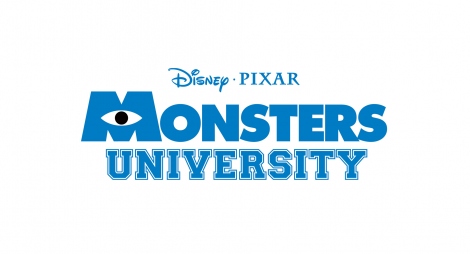 Lasseter comes back out to talk about the upcoming Monsters University. The animated prequel is in the very early stages of shooting but we did get some insight of the plot. Director Dan Scanlon talked about the early days of Mike and Sulley. He started out by talking how the two were never friends to begin with and how they hoped to be the top monsters of their world. Of course the entire case could not attend but Billy Crystal did come out to say how excited he was to return to the world of Monsters.

But the fun did not end there. Lasseter came out and announced two original projects that will be released under the Pixar name. The first is a feature about Dinosaurs and the next would explore the world of the human mind and how it works. Directed by Bob Peterson (Pixar Producer and voice of Mr. Ray from Finding Nemo, Roz from Monsters Inc., and Dug from Up), the untitled dinosaur film is about the comet that killed the dinosaurs missing its target, and they survived. Basically its a “what if” plot. This particular project is scheduled for a holiday 2013 release.

Set for a summer 2014 release is the world of the human mind. We don’t get too much info about it, it is confirmed that Pete Docter would be sitting in the director’s chair for it. They wanted to show the audience what goes through the human mind and how the thought process worked via animation.