Just when we thought that Steven Soderbergh’s Contagion missed a great viral opportunity (pun intended), it turns out Warner Bros. and Participant Media had just decided to go a different route. They instead used the Participant Media-owned Take Part website to create an interactive experience for fans. Get the details after the break.

The studios behind the film created a Social Action Campaign “with the goal of raising awareness through popular entertainment.” Check out the site TakePart.com/Contagion to see the following features.

Contagion, written by Scott Z. Burns and starring Matt Damon, Kate Winslet, and Jude Law, is an action-thriller centered on the threat posed by a deadly disease and an international team of doctors contracted by the CDC to deal with the outbreak. The films opens September 9th and you can follow on Facebook. 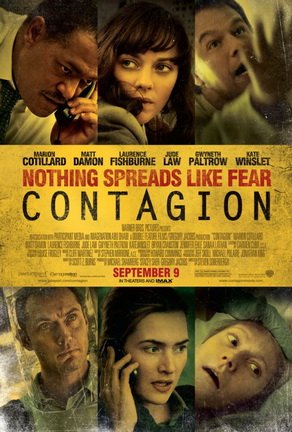