We thought it was over, but on the found footage thriller’s opening day, we have two more documents from the secret Apollo 18 mission thanks to Cerberus Station 9. Get the details after the break.

The first document, titled “embassy”, is a memo from the Soviet Union to the United States that suggests that the two countries (who were not exactly simpatico at the time) should join forces in space exploration to keep the planet safe. This gives an interesting alternative history as to how the Apollo Soyuz Test Project came to be. Obviously whatever happened on the moon during the Apollo 18 scared both nations into working together. 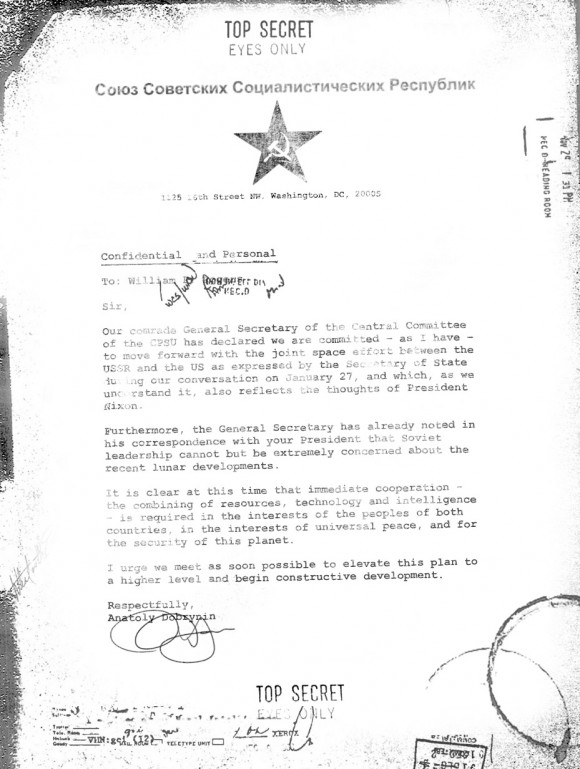 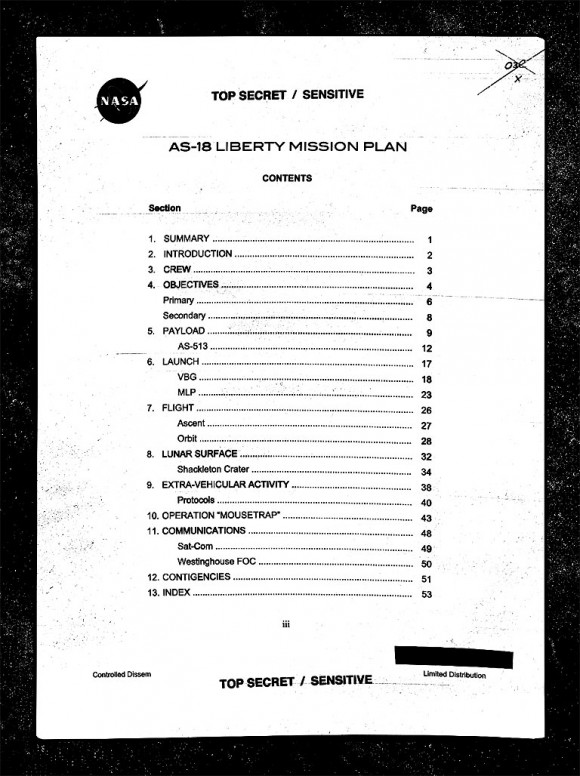 Hopefully even more documents come out this weekend, and we’ll let you know in our review tomorrow how they fit in with the film. Follow all our coverage on our Apollo 18 Hub.