“The Girl with the Dragon Tattoo” Viral Has Fans Hunting Flowers

What I love about movie virals are the scavenger hunts, the fan interaction, and most of all the way it draws you into the world of the movie. The Dark Knight, Limitless, and Tron Legacy have all done that, and now the people behind The Girl with the Dragon Tattoo are working on a little viral of their own. Hit the jump to see how you can be a part of The Millennium trilogy.

Slashfilm was the very first to report on this new viral from The Girl with the Dragon Tattoo. Clues from the hidden message in the crash clip lead to a marker that was meant for a pick up in San Diego. However no one ever made the pick up, and a new pick up was launched in Los Angeles where a Slashfilm reader located the mysterious item. In the package was a framed flower, a real replica from the film (see in the trailer), that’s one of the pieces of art that Vanger receives every year.

How exactly did this reader find this priceless piece of work? Its rather simple. We reported earlier that there was a mysterious grid like site relating to The Girl with the Dragon Tattoo called whatishiddeninthesnow. In the smaller boxes are images that have yet to be filled. Apparently they are images of the framed flower. Clicking on the image will lead you to the exact coordinates to where you can find the piece and in it are a couple of extra nifty items like a signed message from David Fincher congratulating you on your extraordinary find. Below are the images of what the reader found. 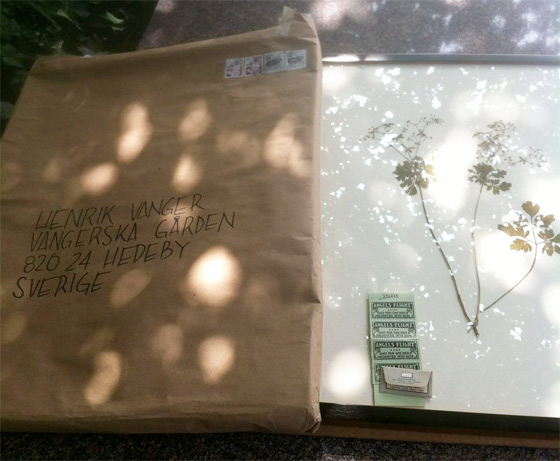 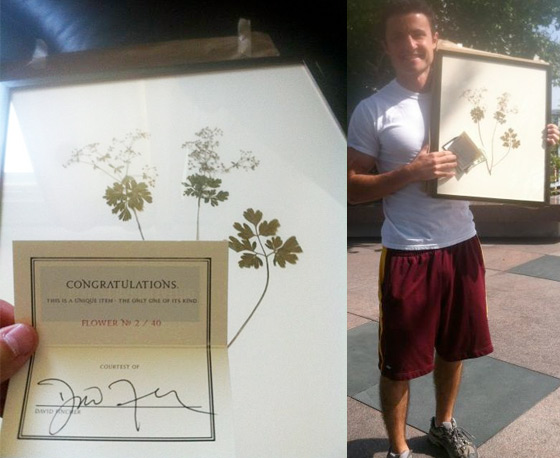 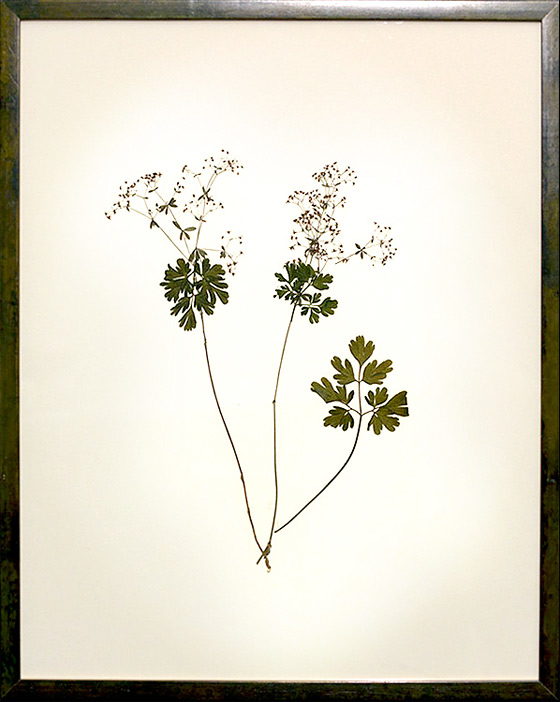 Why are these flowers so important. Well Mr. Vanger has been receiving pieces of art from her missing niece, Harriet, on his birthday for every year, but has strangely kept receiving them after his disappearance 40 years ago. As you can see in the photo above, that is why the pieces are marked #2 of 40, and presumably #1 must’ve been the one in San Diego. So its safe to say that there are 40 flowers spread either across the country or all around the world. My guess its the latter. Obviously they are just more than a flower, they are a piece of the movie that comes with a David Fincher congratulatory message. That is signed by him of course, as if that is not enough of an incentive for you to go out there and find it. We will keep you up to date on any updates for this newest viral and see if we can get our hands on one of these pieces