Trailers Weekly: “Cabin in the Woods,” “Extremely Close and Incredibly Loud,” “The Lorax,” “The Three Stooges,” and “Battleship”

Trailers Weekly is a feature in which we bring you the most popular and talked about trailers of the week. Sharing trailers is a classic viral practice, and trailers are still the most mainstream way for people to learn about movies. You may have not known it, but there were about over a dozen trailers to choose from this week. So I chose Cabin in the Woods, Extremely Close and Incredibly Loud, The Lorax, The Three Stooges, and Battleship. Can you find out which ones I liked? Hit the jump to see them all.

Cabin in the Woods
You know for a film that was completed two years ago and subsequently sheleved after MGM’s financial restructuring, Cabin in the Woods looks pretty good. Well part of that reason is because Lionsgate bought the rights to distribute, but still, this movie looks pretty good. If you get the feeling like you are seeing John Locke in a hatch, that’s probably because Drew Goddard is directing the movie. Joss Whedon is producing and we’ll get to see a Chris Hemsworth before his days of being the god of thunder.

If you thought Fox reporting The Muppets are brainwashing our kids was bad, just wait until The Lorax comes out. Some of the comedy in the film is watch you’ve come to expect from an adaptation of a Dr. Seuss book, especially since his books weren’t overly complex or long, additional scenes were inevitable. Still the animation looks beautiful, bright, and fun. I mean just look at the hair from those trees and some of the female characters. Danny Devito looks like he is having fun as The Lorax.

A touching movie that will tap into emotions you never knew you had. Some viewers have been praising the film’s story and power and have added that there are some Oscar worthy performances in the film. As they should since the movie itself has chosen a prime-award season month to be released.

Now we know why this adaptation has been in production hell. While the first trailer has only a few nods to the comedy classic that inspired many of our comedic actors today, there isn’t anything positive to say about this movie. Formatting it into a contemporary film is one thing, but when you add Jersey Shore characters into the fold, you diminish the value of the film itself. Of course you got typical Farrelly Brothers’ comedy in this trailer, but I can’t find anything nice to say at all.

Battleship
Is there honesty anything good to say about Battleship? Probably not. I take that back, there isn’t anything good to say about this movie at all. I’ve said this many times before, it looks as though Peter Berg went into Michael Bay’s office and took all the cutting room floor omissions from Transformers, and just created this. It looks like Transformers, but it takes place in water. That’s another thing, for a movie that takes place in water, there’s a whole lot of land. Then there’s Rihanna’s performance. Then there’s… I could go on and on. But it all comes down to audiences mocking this movie. 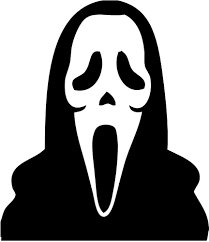 Viral Video Round Up: Iron Man 3, Cabin In The Woods, Art of the Steadicam, And More!

Japanese Ads for “The Cabin in the Woods” Deemed Too Scary

Viral Video Round Up: Iron Man 3, Cabin In The Woods, Art of the Steadicam, And More!

Japanese Ads for “The Cabin in the Woods” Deemed Too Scary