Wedding websites seem to be the popular go-to viral marketing for television shows. NBC’s Parks and Recreation and The Office (twice) have both had them, and now ABC’s Castle joins the fray. Learn the details after the break.

The show came back from its winter hiatus this week with an episode featuring the wedding of Detective Kevin Ryan (Seamus Dever). I don’t want to give any spoilers away, so I’ll just direct you to the couple’s wedding blog. There you can see pictures of the couple and learn about how they met, the proposal, ceremony, reception, and even a bit of the honeymoon. Dever actually live-tweeted during the show, so check out his feed to get his take on the episode. 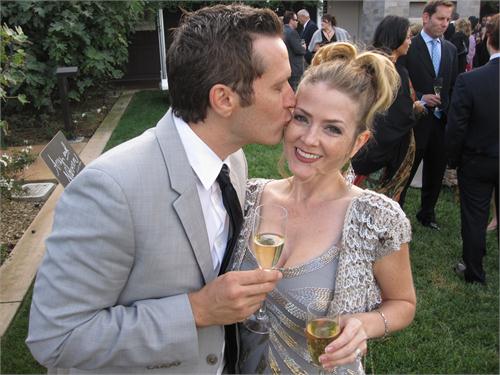 What do you think of the wedding site? Are you tired of seeing these kind of character blogs, or do you like to get a bit deeper into the characters? Let us know in the comments below.

Tune into Castle at 10p/9c on Mondays on ABC.