Back in the summer of 2010, we told you about an amazing feat of human engineering and imagination. Brit Trekkie Tony Alleyne had spent years redesigning his apartment to look like the interior of the starship Voyager from the Star Trek television series of the same name. Now it could be dismantled thanks to divorce. Get the details after the jump.

Blastr reports that while Alleyne has lived in the Leicester, U.K. flat since he and his wife Georgina separated in 1994, Georgina actually owns the place. For some reason they are just now getting a divorce, and despite the fact that Alleyne spent 10 years (and at least $150,000) building the nerdiest of man caves, Georgina wants to sell it in the divorce. Specifically, she wants to dismantle and sell it for parts. 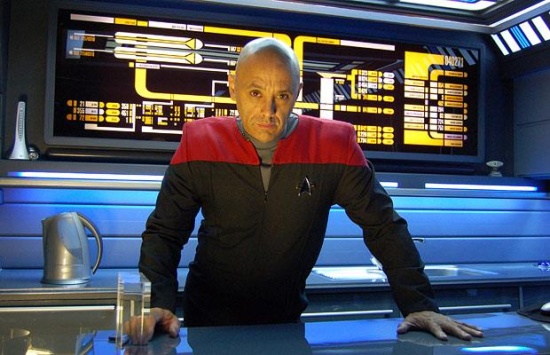 While I may joke around about the severity of this event, you really have to feel sorry for the guy. I’m a huge Trekkie myself, and if I spent a decade and several years’ salary on something I loved, I would be devastated (as he is) to see it stripped from me. What do you guys think? Do you feel sorry for Alleyne, or do you think he wasted his money in the first place?